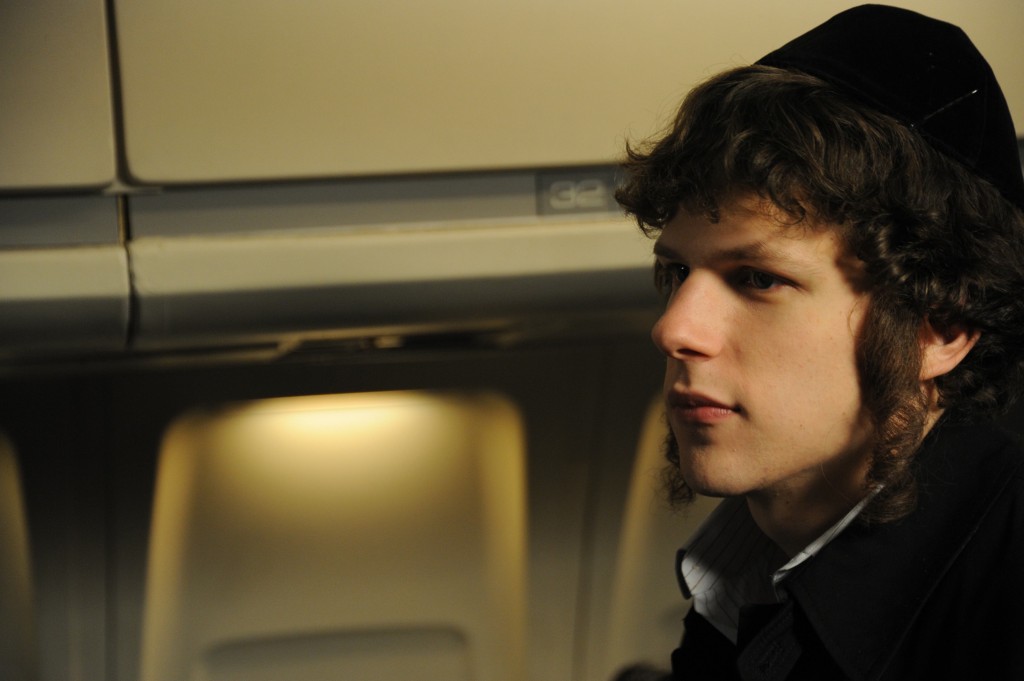 PARK CITY, UT – Flache Pyramide has acquired from Cinetic International the French distribution rights to the 2010 Sundance Film Festival hit “Holy Rollers.” Kevin Asch makes his directorial debut in the gritty coming of age story set against the backdrop of the international drug trade. Written by Antonio Macia, and starring Justin Bartha (“The Hangover”), Jesse Eisenberg (“Zombieland”), and Danny A. Abeckaser, the film made its worldwide debut at the 2010 Sundance Film Festival to critical acclaim. The deal was negotiated by Shebnem Askin-Schreger (head of Cinetic International) and Eric Lagesse (President of Pyramide Int’l).

“Holy Rollers” is inspired by actual events in the late nineties, when Hasidic Jews were recruited as mules to smuggle ecstasy from Europe into the United States. Sam Gold (Jesse Eisenberg), a young Hasid from an Orthodox Brooklyn community, is following the path his family has chosen with a pending arranged marriage and becoming a Rabbi. A charming neighbor, Yosef Zimmerman (Justin Bartha), senses Samâ€™s resistance and propositions him to transport â€˜medicineâ€™ for Jackie (Danny Abeckaser), an Israeli dealer, and Rachel (Ari Graynor), Jackieâ€™s girlfriend. Sam quickly demonstrates his business acumen to his bosses, who instantly take Sam under their wing, and into the exciting worlds of Manhattan and Amsterdam nightlife. Sam falls deeper into their cavalier lifestyle, even experimenting with ecstasy, and falling for Rachel. As the business grows, Samâ€™s double life begins to rip his family apart, while the community starts to suspect his illegal activities. Sam slowly comes to realize the faÃ§ade behind the easy money and parties. Caught between life as a smuggler and the path back to God, Sam goes on the run, forced to make a fatal decision that could bring the entire operation crashing down.

Cinetic International negotiated the deal on behalf of the filmmakers.