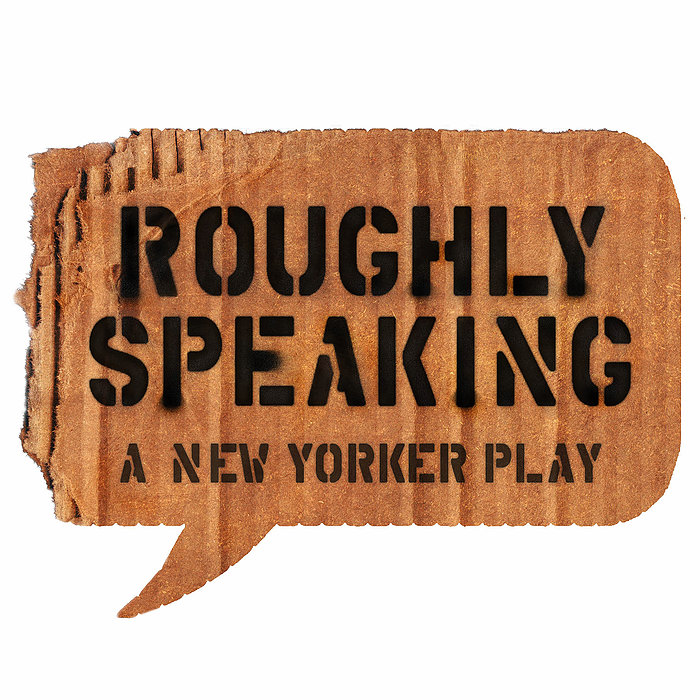 One of the few â€“ or maybe even the first ever â€“ play about the homeless to appear on the stage of a New York theater, â€œRoughly Speaking,â€ written by Shara Ashley Zeiger, will be presented at Tada Theater this fall, from October 29th to November 20th. Based on over 200 interviews with the homeless who frequent Xavier Mission Welcome Table Soup Kitchen, the show takes place over the course of one meal service and intends to make the audience more compassionate and more aware of the homeless.

Volunteering at Xavier Mission Welcome Table Soup Kitchen for 6.5 years together with her husband, Jonathan Wetjen, Zeiger became inspired by the stories of the people she met there and had a desire to tell them to a larger audience.

As she recalls, â€œThere was this woman working with me on the line, and through getting to know her, I learned that she had been homeless, and she managed to push herself out of it, and now she volunteers. It started with me wanting to explore her story.â€

Eventually, Zeiger started talking to other people and got to know them through informal conversations. Only then did she tell them about her project and asked for their written permission to write about what they had told her.

One of the questions that interested Zeiger the most was why these people ended up being homeless.

â€œThere were all sorts of stories,â€ she said. â€œPeople often think about post-incarceration, mental illness, and drug abuse, which are present in the community â€“ absolutely â€“ and they are present in the play as well, but itâ€™s not that simple.â€

In addition to common stereotypes, Zeiger encountered people who were, in her words, â€œone paycheck awayâ€ from not having to live on the street.

In fact, one of the most interesting stories that did not make it to the play was the story of a woman in her mid 50s, who used to work in computers until she developed bi-lateral carpal tunnel. As a result of her illness, she could not do her job anymore. Her parents had passed away. She had no siblings, no husband and no children, so there was no one to help her. Hearing her story was an eye-opening and inspiring moment for Zeiger. This woman is among the people we dismiss on the daily basis, thinking that they are the masters of their own misfortune.

â€œItâ€™s easier to pretend they donâ€™t exist and pretend that you are not a part of the problem than it is to say to yourself that thereâ€™s something you can do,â€ Zeiger said.

Hoping to broaden her audienceâ€™s minds and make them more compassionate towards their fellow human beings, Zeiger encourages them to take action to help the homeless in the simplest of ways. Namely, in the end of the show every audience member will receive an information sheet on where to find showers or laundry and many other useful services. Thus, people who attend the show can at least save those cards and share them with the homeless people they encounter on the street.

As Zeiger explains, â€œGeneral New York theater doesnâ€™t know anything about soup kitchens and the homeless. I donâ€™t care if they care about it or not when they come into the theater, but I would love to change some minds about why this is and about what homelessness is. I want people to go home feeling a little bit more human, ask questions, talk to the person they came to the theater with and have it turned into a conversation.â€

In other words, â€œRoughly Speakingâ€ is an entertaining and educational show at the same time. Since the homeless represent a significant part of New York Cityâ€™s population, their stories do matter and need to be heard. For this reason, Zeiger is proud of her play and considers it the most important piece of work she has ever done.

â€œWhatâ€™s awesome for me about this is that itâ€™s not really about me,â€ she said. â€œItâ€™s about what I can do with the skills that I have, for a lot of other people, and that feels really special.â€