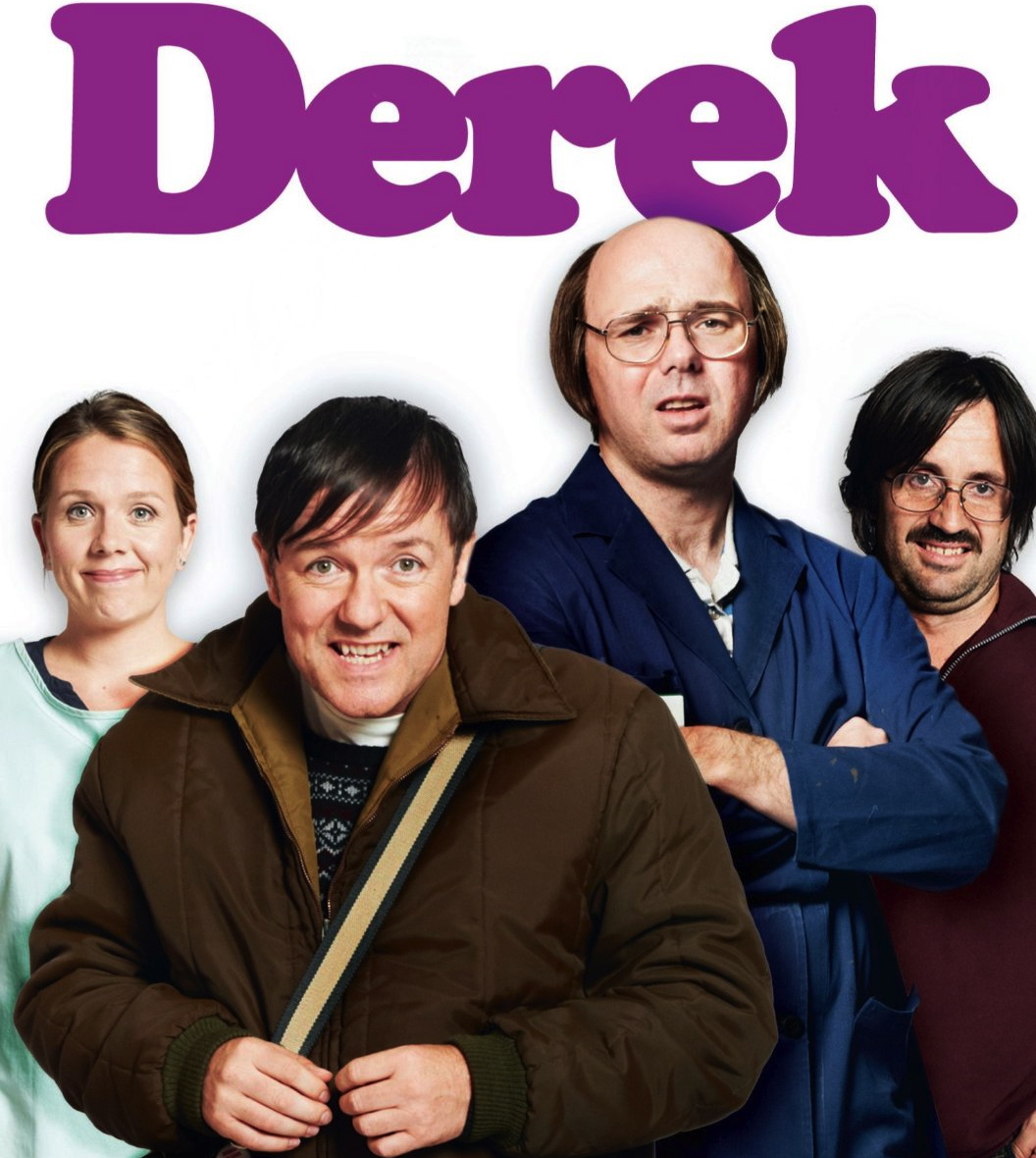 The most difficult thing to portray on a television program is the human condition, love, laughter, and kindness. In Derek a Netflix original Ricky Gervais portrays humanity to perfection in that sense.

Gervais plays Derek a â€œsimpleâ€ 50 year old man who works at a retirement home. The character is unlike any previously portrayed by Gervais. Derek hunches over, has a evident under bite which is publicized through his tics of open and close mouth movements, and his consistently oily hair adds to the transformation of Gervais into the character.

Although Derekâ€™s condition is not discussed often in the program itself there are times when it is brought subtly to the forefront. Emphasis of Derekâ€™s condition is overshadowed by his human affection towards the people he cares for. His evident disorder is not the focal point, but rather Derekâ€™s kindness and selflessness are portrayed to impact the audience to become entranced in the character.

Alongside Gervais is a wonderful cast of characters, all of which possess quirky attributes, but a pure heart. Carl Pilkington plays Derekâ€™s best friend and roommate Douglas a handyman/caretaker at the old folkâ€™s home, Dougie is a pessimistic dumpy man who feels his life is without merit, but every now and again stands up for his beliefs. Kerry Godliman plays Hannah the headmaster of the home, a woman with no formal education or qualifications, but with empathy for her guests and Derek. David Earl as Kev is a lowlife drunkard, with a foul mouth, no shame, and a one track mind, but even with all his flaws Derek cares for him.

Derek isnâ€™t a show which shies from difficult subjects, death, greed, and especially the value of the elderly are constant reminders of the things humans discard or move to the sidelines. It is a show about empathy and altruism, a show which makes you laugh out loud one second and cry like a baby the next.

In one episode an elderly man visits his wife with Alzheimerâ€™s and with a smile on his face he exclaims that even though his wife doesnâ€™t remember him every day that he is still happy because he gets to fall in love with the love of his life 365 days a year.

Although there is a good deal of comedy throughout the episodes the show is poignant and emotional.

The camera work of the program shows how much Gervais has matured, long panned shots of the elderly put to somber music portrays the dichotomy of elderly life compared to that of the youthful. Still frames of photos of the homeâ€™s inhabitants help the viewer identify themselves with those who grasp memories of their former lives.

Yet in every episode the show falls back to the main character the namesake and the person who is so selfless and incredible that it makes you want to look at your own life in comparison. Derek was once described in an episode as â€œbeing better than everyone,â€ which is an understatement.

It is difficult to make someone emotional in a twenty two minute episode of a comedy program, but this show does just that, it runs the viewer though the gamut of emotions and in the end you are better for it. To take a quote from the show, â€œFrom the moment your head pops out, someone gives you a slap, you know to make you cry, â€˜cuz thatâ€™s how you known you are alive, you cry.â€