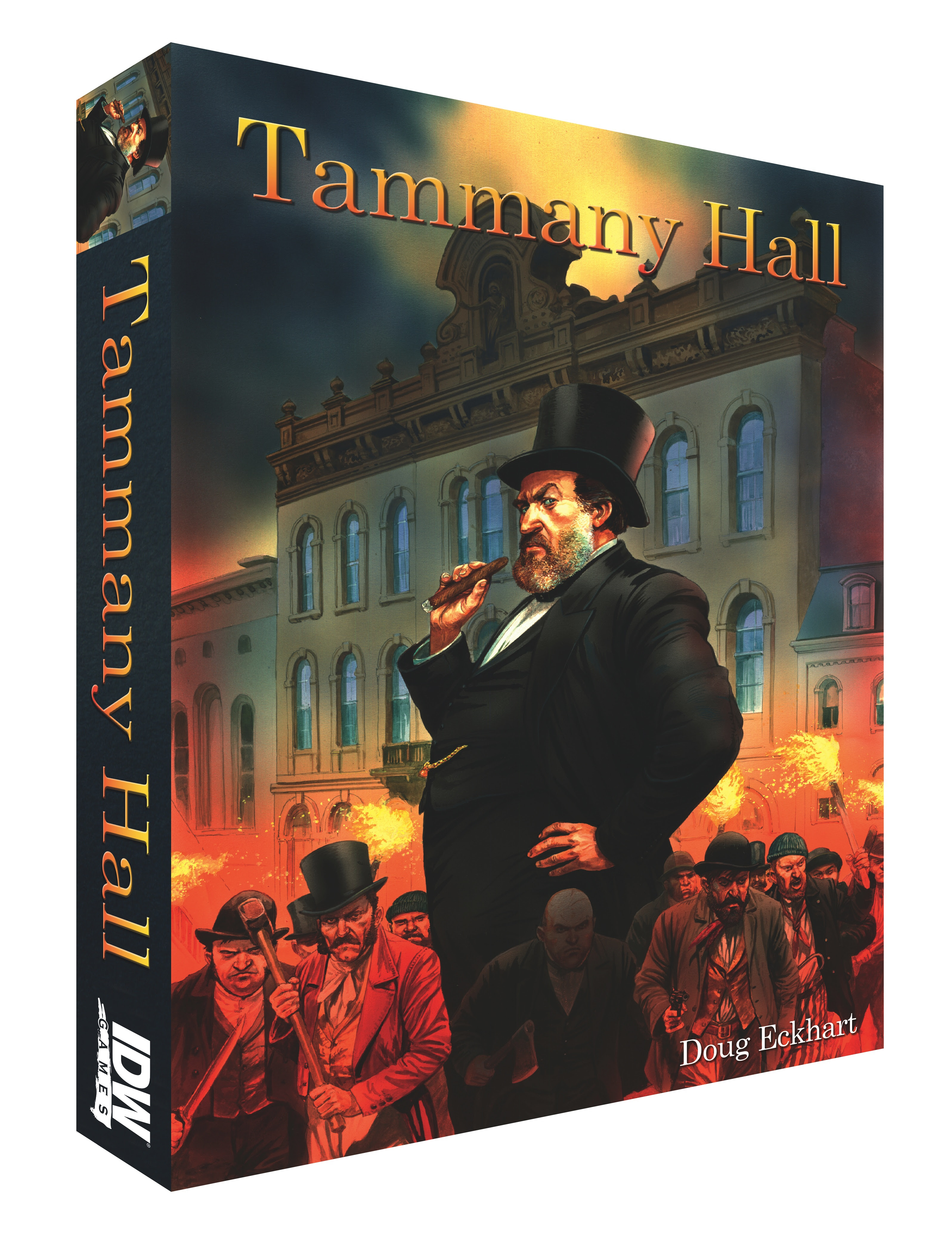 Exciting Additions To Product Line Scheduled For 2014 And Beyond

IDW Games launched in a big way with recently announced games like Kill Shakespeare and 30 Days of Night. To help bolster a board game line already hotly anticipated by fans around the world, IDW is growing its games division by expanding its partnership with Pandasaurus Games.

This partnership includes bringing Pandasaurusâ€™ vault of popular games into print, many of which are sold out. The first title in this partnership is Tammany Hall, launching in June, in which the players â€œtake power, rule New York.â€ Other titles to follow are Rattus Cartus, the sold-out hit that pits players against each other and the Black Plague, and Yedo, Pandasaurusâ€™ first game, which is a samurai-themed worker placement game from the designers of the upcoming Kill Shakespeare game, Wolf Plancke and Thomas Vande Ginste. It also means that moving forward, IDW Games and Pandasaurus will be co-developing engaging board games that will excite existing fans of the genre and surely make new ones.

â€œWe have a commitment to seeing incredible ideas come to fruition in the form of brilliantly themed, technically engaging and visually stunning board games above all else,â€ said Mary Wardlaw, Director Marketing at Pandasaurus Games, â€œAnd that commitment is the exact reason why we couldn’t be more delighted to have IDW Games as a partner in upholding and expanding the mission of breathing life into new endeavors, out-of-print lauded gems and beloved brands. Let the games begin!â€

â€œPandasaurus has done an excellent job building a catalog of rich, engaging and in-demand board games. Theyâ€™re veterans in the industry and we look forward to developing some amazing titles together.â€ Said IDW Games Director, Jerry Bennington. â€œThis is a partnership that will have an immediate positive impact for both sides and you can be sure youâ€™ll be hearing big things from us soon.â€