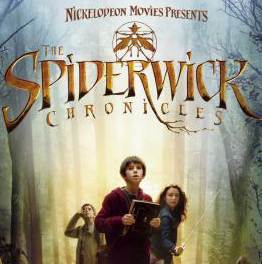 Over the past decade, the big wigs in Hollywood have decided to make a multifarious amount of family-oriented fantasy films. However, despite the legion of films released within this new genre, most of them revel in mediocrity. For every â€œChronicles of Narnia,â€ and â€œLemony Snicketâ€ out there, there are dozens more that canâ€™t cut the cinematic mustard.

Letâ€™s just say that â€œThe Spiderwick Chronicles,â€ directed by Mark Waters [â€œMean Girls,â€ â€œFreaky Fridayâ€] isnâ€™t the type of film that is comparable to the upper-echelon films of the genre, but that doesnâ€™t mean that it isnâ€™t an enjoyable 97-minute experience for some people.

Starring Freddie Highmore [â€œTim Burtonâ€™s Charlie and the Chocolate Factory, â€œThe Golden Compass] in a double-role as twin brothers Jared and Simon Grace, â€œThe Spiderwick Chronicles,â€ has plenty of things going for it, like a colorful cast of characters and solid special effects, they just arenâ€™t in a large enough quantity to make you want to jump for joy.

For instance, the magical land the no one else can see in the film is an extremely colorful one. The whole idea [which is based on the book written by Holly Black] is an excellent one as well, but itâ€™s not developed as much as a great film should be.

There simply isnâ€™t enough interaction between the rest of the world and the evil forces to make the movie-goer think that the threat being fought against is a serious one. You never get the feeling that the world really depends on the actions of Jared, Simon and their older sister, Mallory, played by Sarah Bolger [â€œPremonition,â€ â€œTara Roadâ€]. Instead, get the feeling that everything is going to end up okay.

Not exactly the right frame of mind to be in when watching a fantasy film.

The performance of Nick Nolte [â€œHulk,â€ â€œHotel Rwandaâ€] as the voice of the main baddy, Mulgarath, doesnâ€™t do much to amplify the strong points of the film either. For a mystical being that is supposed to be leading a global coupe-de-tat, Mulgarath isnâ€™t too intimidating. While his role in the film isnâ€™t as important as Highmoreâ€™s or Bolgerâ€™s, having an impressive villain could have been the thing that got this film over the proverbial two-star hump it got itself in.

Unfortunately, the entire plot and story arc have similar problems as well. The film concludes with all the ends being tied up in a pretty little bow and doesnâ€™t really leave anything for the imagination. Considering the fact that the whole object of a film such as this is to extend disbelief, always knowing that everything is going to be all right isnâ€™t a good one.

However, despite its lack of depth and story polish, â€œThe Spiderwick Chroniclesâ€ has enough charming, witty and endearing parts in it that young children will beg to see it again and again. Adults however, will be satisfied with one viewing and will be left pondering what could have been, rather than accepting the film for what it really is: average, with promise.