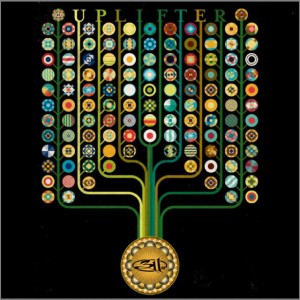 “Uplifter” may sound fresh to casual listeners or those new to the 311 catalog as they’re fun, peppy tracks; but for those of us old enough to remember their 1993 debut “Music,” the boys from Omaha just sound tired. The chill vibe you got from earlier releases is gone, replaced with a more formula-driven, fabricated sound.

Starting out with their first single, “Hey You,” â€œUplifterâ€ blends rap, reggae and rock with ethereal ambiance, bordering on dream pop. They successfully pull you in with entrancing melodies, but, unfortunately lack the originality and variety to garner any replay value. “It’s Alright” and “Mix It Up” are incredibly similar, familiar and “nice.”

One of the few bands to retain their original lineup almost completely, 311 sounds desperate for a jolt. Despite that, there’s nothing wrong with this album. It has an invigorating sound and singer Nick Hexum retains his sometimes monotone pseudo-Rasta lyrical style. Guitarist Tim Mahoney brings back his notorious single note riffs as resident DJ and sometimes-vocalist S.A. Martinez and bassist P-Nut bring in the noise and funk, respectively.

Chad Sexton, the band’s longtime drummer and sucker-punch recipient, courtesy of a drunken Scott Stapp, continues to tie the groove together with sick beats and tight drumming. Even with solid co-dependence on each other clearly at work, Nebraska’s own slice of the islands fails to produce a masterpiece.

It is terribly ordinary.

Harder tracks like “Jackpot” and “Something Out of Nothing” aim to recapture the heaviness of previous hits, the latter bearing a vague resemblance to “Beautiful Disaster.” Dreamy tracks like “Two Drops in the Ocean” and “My Heart Sings” highlight the band’s tenderness with softer vocals and transporting rhythm. “India Ink” and “Daisy Cutter” are playful and highlight their attempts at harmonizing. “Too Much Too Fast” barely has any semblance to a 311 song. “Never Ending Summer” continues the bland parade of rehashing and “Get Down” starts off strong and lounge-driven, then launching into the gritty in-your-face musical tautology that the rest of the album gnaws at. Bonus track
“How Long Has It Been” is nothing remarkable, but listenable.

There are some bright notes to the album. “Golden Sunlight” hearkens back to the tranquil airiness of 2001’s “Amber.” “I Like the Way” is an upbeat, fun song that is one of the unique tracks off the release that allow 311 to shine. While still being classic 311, its digital undertones and fast, syncopated beat seem to update the 311 sound. Hexum, when speaking of the band’s collective reaction to the new release, states â€œItâ€™s a similar feeling among the band members to the one we had after recording Music and the Blue album.â€

Well, of course. It’s similar because they haven’t transmuted their sound at all.

How many times can you get that warm fuzzy feeling from the same source?

â€œUplifter,â€ peaking at number 3 on the Billboard 200, was met with reasonably good reception. While the album has a few high points, collectively it is nothing particularly impressive. Mediocre at best, â€œUplifterâ€ is worth it for diehard fans and collectors, as the deluxe version boasts over two hours of road and performance footage.

Strictly Chart-Topper fans might want to preview the tracks considerably before forking over a buck a pop.

The final verdict?Â  â€œUplifterâ€ is alright, but nothing special. Wait for it to go on sale.