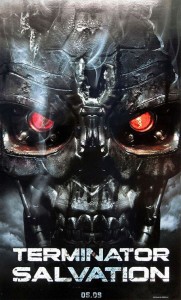 Though nothing new to the industry, the franchise reboot has become a tried and true Hollywood stratagem since 2005â€™s â€œBatman Begins.â€

Since then, executives hoping to inject new vitality into ailing properties have shown no hesitation against going back to square one. The results thus far have been mixed. For every â€œCasino Royale,â€ you have hundreds more reboots that fail to make the grade.

Enter McG, director of this summerâ€™s â€œTerminator Salvationâ€ which, despite his sincerest efforts, is merely a lackluster mess of an action flick.

Marcus Wright, played by Sam Worthington (â€œAvatarâ€), is a murderer on death row. When a chance to offer his body to Cyberdyne comes, Dr. Kogan (Helena Bonham Carter) inadvertently sells his soul to the thrall of Skynet. Years later, the war against Skynet is on and John Connor, played by Christian Bale (â€œPublic Enemies,â€ â€œThe Dark Knightâ€), is the messianic champion of the human resistance leading an attack on an R&D facility. Chance provides the resistance with their best (and only) hope to finally end the war.

However, things are not what they seem. Skynet is planning a massive attack of its own. As fate would have it, these two heroes will have to work together to stop Skynet from achieving a final victory over the human race.

Sounds promising at first and the cast did what they could with what they had, but â€œSalvationâ€ remains immature and downright cartoonish.

Worthington and Bale are as effective as the script allows. Helena Bonham Carter (â€œSweeny Todd,â€ â€œHarry Potterâ€) fulfills the role of haranguing villain, telling us what we already know. The supporting cast remains largely in the background, with Michael Ironside doing little but recanting rhetoric of the last Bush administration. But Anton Yelchin (â€œCharlie Bartlet,â€ â€œStar Trekâ€) is something of a saving grace as a young, time-paradox defying Kyle Reese.

Bits and pieces work well when they involve the larger meta-story. When â€œSalvationâ€ works best is when it remembers its heritage in James Cameron. Where Cameronâ€™s films lived was between quiet emotion and hard-driving action. â€œSalvation,â€ on the other hand, is saturated with heartless, high-octane visual effects. Effective moments, such as John Connor listening to the recordings left behind by his mother, Sarah Connor, are few.

The first two entries are classics playing on Cold War-era trepidation and uncertainty of what the future might bring. Fear of the bomb and fear of technology run amok provided fertile ground for the first two films. â€œTerminator Salvation,â€ though a step above â€œTerminator 3: Rise of the Machines,â€ is an uneven mess barely understanding the time it lives in.

Moments in this movie that stood out fall flat in a mire of schlocky direction and inane plot twists. The audience is an hour ahead of the characters on the screen. McG relies too heavily on James Cameronâ€™s legacy. Danny Elfman, aping on the Brad Fiedelâ€™s iconic theme to the point of self-parody, manufactures a dull and uninspired score. Shots from the original are reconstructed during the climactic fight scene. And of course, the much talked about Schwarzenegger cameo will divide fans for years to come.

Overall, â€œSalvationâ€ is lazy and transparently panders to the inbuilt audience.

The sequels are coming, but the franchise ended long ago with the release of â€œTerminator 2: Judgment Dayâ€ nearly 20 years ago.

If you are reading this, you are the resistance.

It’s amazing that this franchise continues with the absence of James Cameron, (“Aliens”), who better than anyone knows how to create a story structure surrounded in technology and science fiction that the audience can enjoy, instead of creating movies that constantly have you checking your watch, hoping time is almost up.

Christian Bale’s performance was another major let down in this film, becauseÂ he plays the role with such a fierce intensity you can’t help but laugh. Of course maybe the worst performance is the appearance of Common, whose acting style actually lives up to his name. Some rappers (Ice-T, Ice Cube) have been able to transition easily to the big screen, but more often then not, we get Ludicrous acting in projects such as “Crash.â€ It seems that they are hired to perform to lure the youth market into the film, but this can not compensate for a good screenplay.

McG’s direction is also some of the worst in recent film history and he is certainly the last person in the world that should be envisioning James Cameron’s work.

Let this series die out if it isn’t going to get done right.