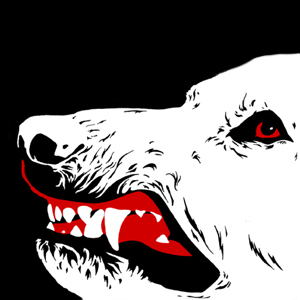 Samuel Fuller (“The Big Red One”)Â was one director that never strayed away from controversial subject matter in his films.

Fuller always wanted to explore the issue of racism in America and even wrote aÂ first draftÂ for the distasteful 1974 picture, “The Klansman.” A difference of opinion with Paramount on the script however forced him to walk away. He nevertheless had high hopes to return to the subject matter someday.

Enter, 1982’s “White Dog,”Â which has been lovingly restored by the Criterion Collection. This was Fuller’s unsung project that never received the attention it deserved.

Although the film never received an American theatrical release due to Paramountâ€™s concern with the race issues within, the company misunderstood its inherent message.Â â€œWhite Dogâ€ was not racist at all; rather, it tried to explore this topic and present it as a major problem to its audiences.

Many thought the title referred to the starÂ German shepherdâ€™s white fur, but it has more to do with the white dog that happened to beÂ bred by an extremely racistÂ group of people. When they are puppies, a black junkie or hobo is generally hired to beat them until they are enraged whenever they see a black person, triggering a psychological self-defense response within the animal.

The story’s focus isÂ on the lovely Kristy McNichol (“Empty Nest”) and the beautiful “white dog” that she accidentally hits with her car. In an act of kindness, she decides to shelter it.

WhenÂ she eventuallyÂ discovers the truth about the canine, she brings him to one of the best animal trainers in town to see if it can be cured.

That animal trainer happens to beÂ a black man.

That creates an intriguing inner struggle for the title character and a unique way to tackle racism.

The underrated Paul Winfield (“Sounder”) provides the best performance in the film as the dog’s new trainer. He is compassionateÂ toward the dog. but also understands that it is vicious killer.

The greatest asset to this characterÂ is his ability to endure the hardships and eventual truth about this poor animal. He tries toÂ remain optimistic despite the fact thatÂ this old dog might not be able to learn new tricks.

The main question proposed here is: should the dog be saved?Â Unfortunately, that question is not easy to answer.

In fact, Fuller wanted theÂ audience to decide how they felt themselves.

That may be the biggest controversy in the film as title character isn’t exactly labeled a bad dog.

While it is easy to see how at first glance this film may be labeled â€œracist garbage,â€ a closer look will reveal its mature and intelligent message:Â  racism is an atrocity still dominant within our culture.

Next we have a short interview with theÂ animal trainer on the set, Karl Lewis Miller. He explains his work with the five dogs usedÂ for the main character. Each dog could only act a certain way and were therefore used in different scenes according to their abilities.

The disc also comes with an informative booklet with reviews from film experts and critics. But the real treat is the rare interview between Fuller and the canine star.

A light touch to a heavy film.

Criterion has also givenÂ the highest video and audio qualities for a title that has been out of circulation for a long time, allowing this dog to finally have his day

Just remember though, this movie is not of the horror genre and its terror comes from an organic place â€“ one we truthfully may never understand.

Two men who sit in a tent discussing life, love and the future might remind some of the famous â€œBrokeback...