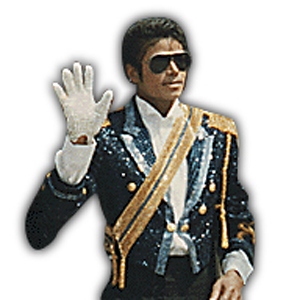 In recent years, there has been a swirl of controversy around the late â€œKing of Pop,â€ Michael Jackson.Â  However, he should not be best remembered for his â€œstrangeness,â€ but rather, his musical talent.Â  Anyone who only owns only the â€œNumber Onesâ€ or â€œThe Essential Michael Jacksonâ€ album is depriving themselves of the creativity and innovation of this talented singer.Â  Here are some songs that should not be left to obscurity. Here’s a list of 10 great Jackson tracks you may not have heard, but will be sure to enjoy.

1.Â Â Â Â Â  â€œI Canâ€™t Help Itâ€ â€“ Off the Wall
Co-produced by Quincy Jones, â€œOff the Wallâ€ was Jacksonâ€™s foray into the adult contemporary genre of music.Â  Written by Stevie Wonder, â€œI Canâ€™t Help Itâ€ is the type of song that you canâ€™t get out of your head in a good way.Â  Its melody is light and airy with touches of the emotions that Jackson would later develop on songs like â€œI Just Canâ€™t Stop Loving You.â€

2.Â Â Â Â Â  â€œGet On the Floorâ€ â€“ Off the Wall
This 1979 disco song, co-written by Jackson does not sound dated.Â  Itâ€™s a great dance record and anyone who lacks rhythm will have no problem bopping their head to this infectious tune.

3.Â Â Â Â Â  â€œThe Lady in My Lifeâ€ â€“ Thriller
If the gasp at the end of â€œSheâ€™s out of My Lifeâ€ is just too fake-sounding to you, then this tune is the other side of that coin.Â  Low-key and smooth, â€œLady in My Lifeâ€ is the definition of an R&B standard.Â  Once again co-produced by Jones, with lyrics like â€œLay down in my tenderness,â€ you forget about the M.J. with the chimp and only think about turning the lights down and the heat up.

4.Â Â Â Â Â  â€œBaby Be Mineâ€ â€“ Thriller
This is a mature Jackson coming into his own as an artist.Â  The song is straightforward without being vulgar.Â  There are also no signs of the guttural grunts that invade Jacksonâ€™s later songs.

5.Â Â Â Â Â  â€œKeep the Faithâ€ â€“ Dangerous
“The King of Pop” puts his stamp on gospel with this underrated song.Â  What could have easily fallen into a disorganized array of trite-sounding chaos instead becomes a harmonious call to do as the title says.

6.Â Â Â Â Â  â€œDangerousâ€ â€“ Dangerous
This song was made for dancers.Â  So as not to intrude on the rhythmic music, the syncopated beats are brought to the forefront while Jacksonâ€™s voice is low and in the background.Â  He veers from an odd rap-like style into straight singing, nearly effortlessly enabling creativity between the dancer and the dance.

7.Â Â Â Â Â  â€œStranger in Moscowâ€ â€“ History
When first released this song barely broke into Billboardâ€™s top 100.Â  However, itâ€™s worth a listen.Â  The haunting opening sets the scene of a man being chased and driven to do desperate acts.Â  There is also a sense of musical history in the call and response arrangement of the song.Â  Immediately after Jackson sings a lyric, a chorus of voices sings the next line â€“ then there is a bridge that joins the lyrics with the chorus that makes it seem as if the song is simultaneously taunting Jackson as he is singing.

8.Â Â Â Â Â  â€œIs it Scaryâ€ â€“ Blood on the Dance Floor
Consider this song to be a continuation to 1987â€™s â€œLeave Me Alone,â€ only with a relentless synthesized drum-beating rhythm.Â  If you donâ€™t stop â€œdogging me around,â€ you just might end up under the basement.

9.Â Â Â Â Â  â€œThis Time Aroundâ€ â€“ Blood on the Dance Floor
This song has Jackson literally â€œtaking no shâ€”â€œfrom anyone.Â  Itâ€™s a public declaration, driven by a hyper-synthesized beat â€“definitely the song to play when youâ€™re getting ready for a job interview or asking your boss for a raise.

10.Â  â€œ2 Bad (Refugee Camp Mix)â€ â€“ Blood on the Dance Floor
This is a fun joint.Â  â€œ2 Badâ€ is assisted by Wyclef Jean, Pras and Te-Bass and is reminiscent of an all night jam session.Â  Essentially, the song is about M.J. being challenged by someone who thinks he can best him.Â  Think of it as a follow-up to the video for â€œSmooth Criminal.â€

Now Available for Wii U, Game & Wario is Even Better Than Wario Himself! Sound the trumpets! Unleash the doves!...