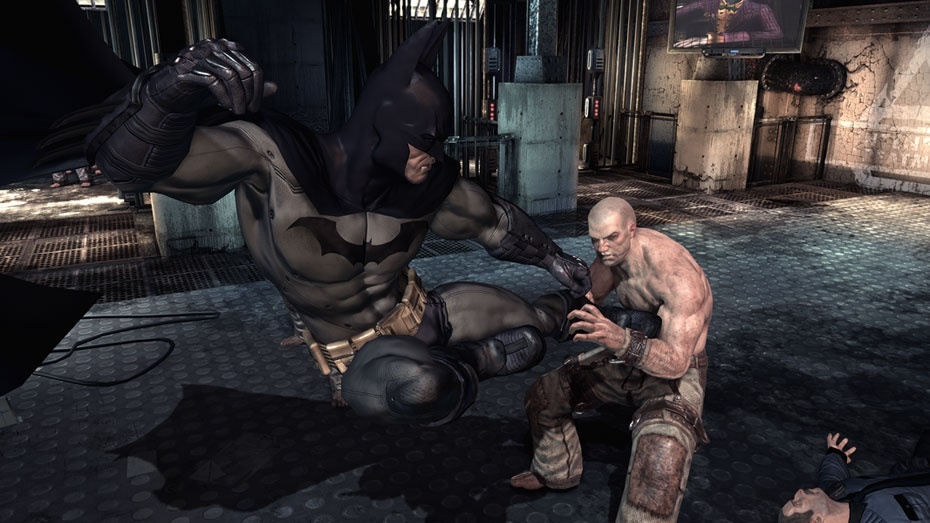 â€œBatman: Arkham Asylum,â€ developed by Rocksteady Studios, represents the titular superheroâ€™s first worthy video game in the storied franchise in at least three console generations. Striking from the shadows and battling hordes of henchmen dressed like a 6-foot bat never felt so right. For fans of the iconic cape and cowl, it has been a long time coming.

Deriving inspiration from Grant Morrisonâ€™s graphic novel â€œArkham Asylum: A Serious House on Serious Earthâ€ this game is as much a psychological beat â€˜em up as it is a physical one.

The Joker, with the aid of Harley Quinn, stages a coup and takes full control of the maximum-security compound. Walking into the madmanâ€™s plot, the burden falls on you as the Dark Knight to beat the Clown Prince at his own game. In your crusade, you will battle some of the Batmanâ€™s most menacing enemies and internal demons. Luckily, you are armed to the teeth.

In free-flow combat, you are awarded with experience points (XP) based on your penchant for laying the hurt on the inmates by stringing attacks and counters without ever missing a strike or getting hit. XP can be used to upgrade anything from grapnel guns, explosive gel and the emblematic Batarang to add to your utility belt. Combat is simple to learn but fun to master. However, as an invisible predator, the goal is active stealth. (A room full of psychopaths armed with submachine guns is not a place to be noticed.) All sorts of tools and tactics are available to dispatch the enemy with submission moves from the shadows. Detective mode aids in highlighting everything, detailing enemy movements and items of interest. And the enemies are numerous with names familiar to casual fans while others only the diehard would know: Bane, Killer Croc, Poison Ivy and even the Scarecrow are just some of the infamous Rogues Gallery in attendance.

â€œArkham Asylumâ€ makes excellent use of the Unreal 3 engine. The gameâ€™s art design would have Batman standing up to Marcus Fenix or Kratos any day of the week. The character models are rendered lovingly. Batman himself by the gameâ€™s end will be battered, torn and bruised. The environments are diverse and eye-catching. Lots of areas are revisited, but levels are well-designed and continue to be interesting.

Occasional clipping and poor lip syncing mar an otherwise gorgeous game. The PC version will support the PhysX engine. And you will want to turn it up to 11, so to speak. The resulting volumetric fog, real-time cloth simulation and destructible environments add character to the already moody atmosphere.

The voice-acting is surprisingly uneven however. Batman and The Joker are expertly realized again by Kevin Conroy (â€˜Batman: The Animated Series,â€ â€œGotham Knightâ€) and Mark Hamill (â€œMask of the Phantasm,â€ â€œJustice Leagueâ€), but you will tire quickly of some of the background chatter. There are only so many times you can hear a nameless bad guy say the same line over and over. But once you hear the Joker make a menacing observational joke, youâ€™ll forgive these less appealing nitpicks. All of the other central characters are also handled well with the prose from alumni â€œBatman: The Animated Seriesâ€ writer Paul Dini.

In spite of those small problems, the only real gripe with â€œArkham Asylumâ€ is that it isnâ€™t long enough. Initial play through is in the neighborhood of 10 to 12 hours. (This only includes the main story and not the challenge maps.) However, all you PS3 owners playing as the Joker should get much more mileage from the game. Also, the option to play on hard mode, which negates the helpful counter indicator, should make for a more challenging experience.

â€œBatman: Arkham Asylumâ€ is a brawler with stopping power. In an effort to grant the franchise a video game that fans can be proud of, Rocksteady Studios has produced a tour through the eponymous madhouse that you wonâ€™t soon forget. What is here is great, and the game feels all the more brief as a result. A wonderful precedent has been set, and a new standard established. Itâ€™s a good time to be a Bat fanatic. Letâ€™s hope for a longer game for the inevitable sequel.

To compare “Batman: Arkham Asylum” to any other comic-book-inspired video game out there just isn’t fair. Between the excellent use of stealth gameplay and fun fighting engine, the game is the deepest super hero game of its time. Add in excellent voice-acting, music, the ability to use a nice amount of Batman’s signature gadgets and a story that hooks you from the very beginning, the game’s short length is easily forgivable.

For gamers that complain that super hero games are anything but “super,” give this game a few hours of your time and you’ll see a work of gaming art comparable to any of the “Dark Knight’s” greatest adventures.