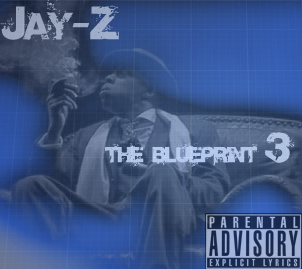 Releasing hit album after hit album over the past 15 years, Jay-Z has become an iconic figure in the Rap/Hip Hop genre. From his inventiveness to combining beats with lyrics (â€œHard Knock Lifeâ€) to finding the pulse of the street by producing and collaborating with the likes of Rihanna, Kanye West and Beyonce, Jay-Z has changed the way many people view music. It takes much thought to plan one concept album, much less three that have spanned 11 years. The following songs off the Blueprint 3 album are from an idea that has been over a decade in the making.

Ultimately, the end result is something worth waiting for.

â€œWhat We Talkin Aboutâ€ is a Kanye West/No ID produced tune that encapsulates everything Jay-Z has learned about being a vocal stylist. His rhymes are in no way pedestrian as he bolsters why he has survived the rap game and how he will continue to rule. The musicianship and background singers add to the swagger that is well deserved. Another Kanye/No ID production, â€œThank Youâ€ shows that lesser rappers destroy themselves and canâ€™t compare to the ingenuity that Jay-Z has. Itâ€™s one of those songs that is sure to become an anthem for celebrating individuality and uniqueness.

As the â€œOnly rapper to rewrite history without a penâ€ with sampled music from â€œIn the Spaceâ€ the track â€œD.O.A. (Death of Auto-Tune)â€ Jay-Z calls out the over-saturation of the use of Auto-Tune in the music industry. It is another example of his ability to collaborate and comment on the issues going on in the music world â€“ and make you like it at the same time.

â€œRun This Townâ€ is an infectious tune that features Rihanna and Kanye West. Another showcase of how Jay-Z is fulfilling his master plan by having everyone rap his lyrics. Having Rianna bookend the raps of Jay-Z and West gives the ability of the chorus to be repeated several times without making the song sound monotonous â€“ while at the same time having you remember the track long after itâ€™s over.

Just when you think that that there is bound to be a dud on this album â€œEmpire State of Mind,â€ featuring Alicia Keys comes up. Jay-Z has this unique way of choosing rarely heard samples that support his lyrics. In this case his collaboration with Keysâ€™ and the arrangement used in the song â€œLove on a Two Way Streetâ€ garners a rare thing in rap and not the usual overused sampling of songs that sound like it should be on a car commercial.

With all these collaborations, you’d think that Jay-Z would be lost by the time you get to the track â€œReal as it Gets,â€ but that’s not the case. Even with Jeezy being prominently featured, you never forget that this is Jay-Zâ€™s album. His presence is that overwhelming- in a good way. The track is your usual fare of well done rhymes, and although itâ€™s not revolutionary, itâ€™s not stale either. A solid song done by Jay-Z is better than some rappersâ€™ A games.

â€œOn to the Next Oneâ€ will have you bopping your head and have you singing along. With the line of the titled track being constantly repeated you wonâ€™t be going â€œOn to the Next One,â€ instead youâ€™ll be rewinding to listen to it again. The same goes for â€œOff That.â€ The beat will have you grooving and if youâ€™re in the car, turn that jam up so everyone can appreciate. â€œA Star is Bornâ€ is an unusual in the way in which Jay-Z reflects on the recent history of rap music and what it takes to survive as an artist in the music world.

Surprisingly, â€œVenus vs. Marsâ€ produced by Timbaland, is one of the weakest songs on the album in that it sounds too similar to LL Cool Jâ€™s â€œDoin It.â€ However, the album gets back on track with â€œAlready Home.â€The sample of â€œMad Mad Ivyâ€ by Gladdy Allstars once again complements Jay-Zâ€™s rhyming style well.
Itâ€™s as if the music was arranged solely for the lyrics.

Yes, rap music, especially when done by someone the likes of Jay-Z, can be original too.

Due to that originality, the crazy amount of talent on the album and the depth of these tunes, Jay-Zâ€™s â€œBlueprint 3â€ offers a variety of enjoyable songs that you will be listening to for years to come.

While the crowd is the best the company has ever had, TNA in England has run its course. The pre-taped...