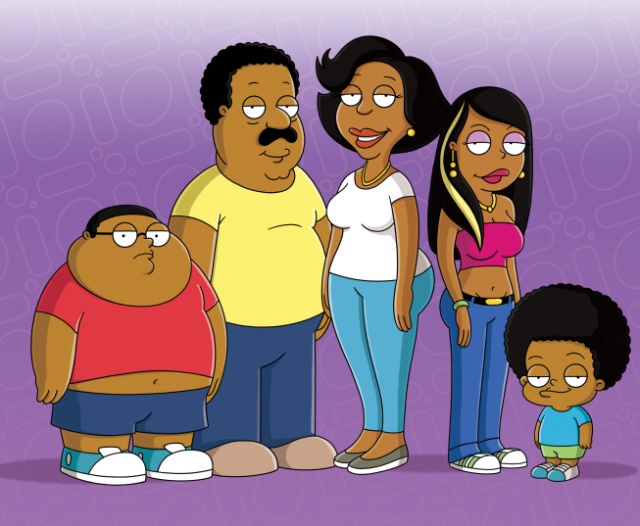 Take that Bon Jovi and Sugarland.

Boring and failing to even possess the logic of an episode of â€œFamily Guy,â€ â€œThe Cleveland Showâ€ is a complete disaster. Sadly, the only real reason to watch it is for the cameos of the Griffin family and their friends.

Despite being a first episode, with plenty of room to grow, the new characters are not funny and don’t look like they’ll ever be. Cleveland Brown by himself isn’t all that enthralling and Seth McFarlane and company haven’t helped matters by surrounding him with this cast of characters.

Sorry, but a talking bear and a perverted child can’t compare to the hilarity of Glenn Quagmire and Stewie Griffin.

Seeing Rhode Island’s favorite deli owner in a change of scenery had the possibility of garnering laughs, but only if handled properly. Unfortunately for fans of â€œFamily Guyâ€ and â€œAmerican Dadâ€ that were looking for something else to sink their teeth into, it hasn’t been. Just like the new town and cast of lethargic characters, the reintroduction of Cleveland’s son into his life seems terribly out of place. The fact that he looks like a Muppet with that got his head run over by a truck doesn’t help matters either.

Aside from being illogical and outright absurd at times, the reason why the â€œFamily Guyâ€ formula is a successful one is because the characters have real and endearing qualities. Everyone knows someone who has Peter Griffin-esque qualities and while Stewie is a bit out there as a character, the out of place daughter in Meg, hot wife in Lois and fat son in Chris are stereotypes that all Americans can relate to.

In creating this show, perhaps McFarlane feels that America is ready for an animated sitcom that features a nontraditional, minority family. While McFarlane is on the money and should be praised for trying to be pave the animated sitcom road with fresh new topics, the show tries to steal too much from the â€œFamily Guyâ€ world and doesn’t try hard enough to be its own show.

The animated â€œJeffersonsâ€ this is not.

For that reason, it’s jumped the shark before it’s gotten in the water.

A huge problem with the show is that it is comprised of ideas that were probably deemed unworthy of “Family Guy” or “American Dad.” One might even wonder if out of boredom McFarlane rummaged through the garbage of rejected ideas from the writers and decided to make a sitcom based on that alone.

Cleveland wouldn’t even sell this bologna in his deli.

It is basically impossible to turn this into a successful weekly sitcom with this cast of characters. A talking bear, a hillbilly and a sleazy baby do not make for good television. And to add injury to insult, Cleveland’s son looks nothing like he did years ago when he was forgotten about when “Family Guy” was being ran on Fox the first time around.

A joke in the episode states that there was a television show written by white people to entertain a black audience and how unfunny that truly is. Sadly. the same can be said about this show.