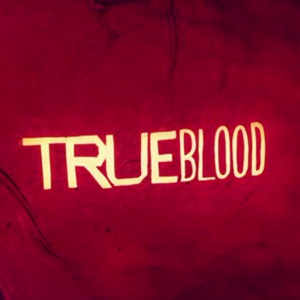 How can a show that had a first season with vampires, telepaths, shape shifters, a serial killer, drugs and exorbitant amounts of sex and violence hold up? Easy: Keep all of that and add Christian fundamentalists preparing for war against vampires, a sexy seductress who can control any person she wishes and the summoning of a god.

Yes, the sophomore season of â€œTrue Bloodâ€ was a hell of a fun time, and put to rest any worries of the show slowing down after a stellar first year.

Within the first few episodes, the second season differentiated itself from the year before. Instead of one mystery with the main plot focused around Sookie Stackhouse, there were two stories the show followed throughout most of the year.

The first goes back to last year when the Fellowship of the Sun, a church dedicated to the eradication of vampires, visited Jason Stackhouse in jail and convinced him to join their organization. Being as naÃ¯ve (or, well… stupid) as Jason is, he quickly succumbs to the flattery of the Rev. Steve Newlin and his wife, Sarah. The experience really added some depth to Jason, and a few parts in particular remind you that this is a man who lost his grandmother and girl he loved just last year. Of course, a few sad losses and some weeks away at a church arenâ€™t going to change him for good, and by the end heâ€™s in the middle of some of the craziest moments in the series to date.

Despite Jasonâ€™s time with the Fellowship of the Sun, the real story was about Sookie being recruited to find a vampire suspected to be kidnapped by the Fellowship. After granting a favor to Sookie, Erik demands that Sookie find the abducted Dallas sheriff, Godric, in return. Not letting Sookie face the dangers herself, Bill, being the honorable man he is, travels to Dallas with Sookie in case anything should go wrong. So sheâ€™s not left alone in Bon Temps with her new boyfriend Hoyt, Bill takes his vamp â€œdaughterâ€ Jessica along on the trip. Not that it made much of a difference: With so much going on, Hoyt was able to go out there and spend as much time as he wanted with his girlfriend.

The sleuthing around the Fellowship, while not as inconspicuous as they wouldâ€™ve liked, was done extremely well. Erikâ€™s interest with Sookie and her ability to read minds really sets up a divide between himself and Bill, a story that will assuredly be played the following season. Anyway, once Godric is finally revealed, heâ€™s shown to be the wisest character in the series. Though only in a few episodes, in every scene he was in, the 2,000 year old vampire gave you the feeling of what it was like to be alive so long, to have seen so much bloodshed over two millennia, and for this reason, his character was one of the highlights of the season.

With their dangerous work done, Sookie, Bill, Jason, Jessica and Hoyt make their way back to the quiet town of Bon Temps. Letâ€™s just say it was safer in Dallas.

A seemingly kind gesture last year turned out to be the worst experience of Tara Mae Thortonâ€™s life. It doesnâ€™t take long to find out that Maryann is bad news. With so many otherworldly creatures in this show, she is by far the worst. Even though sheâ€™s able to control any human she wishes, what she wants is what she canâ€™t control, the shape shifter Sam Merlotte. Wanting only chaos, those under Maryannâ€™s spell would do things no one would normally do and then forget what happened. Being so close to Maryann, Tara and her boyfriend Eggs were the two most affected by her losing hours of their lives and not knowing what they did.

What began as somewhat of a game between Maryann and Sam soon turns Bon Temps on its head. By the time Sookie and Bill return home, Maryann has asserted her control of the town. Looking for a way to defeat her, Bill asks the help of the vampire queen, Sophie-Anne, played by the beautiful Evan Rachel Wood. The most unusual vampire in the show to date, Sophie-Anne was more like a girl looking for fun than one of the most powerful vampires in existence.

By the time the season is over, it feels like there have been more than just 12 episodes. The scale of the season was larger than first, and was executed to near perfection. From the beginning of the first episode, when weâ€™re all relieved it wasnâ€™t the spectacularly flamboyant Lafayette who was dead in detective Andy Bellefleurâ€™s car, to the brilliant absurdity of Jason pretending to be god, â€œTrue Bloodâ€ showed why it is the most watched show on HBO since â€œThe Sopranos.â€ Even when it stepped outside of its comfort zone in love, sex and violence, and took chances with pure craziness, â€œTrue Bloodâ€ was superlative. Despite a good but uneven season finale, â€œTrue Bloodâ€ was easily the best hour on television week in and week out.