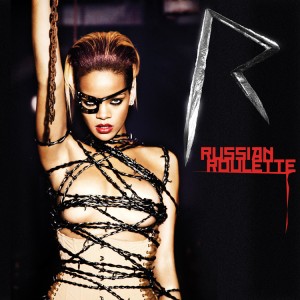 After her experiences over the past year, Rihanna comes out with an album that deals with the edgier side of life. The tracks on â€œRated Râ€ give Rihanna a chance to venture out and explore different emotions than she did on her last album, â€œGood Girl Gone Bad,â€ and not be pigeonholed for having a distinct sound. For anyone else, that might have been a mistake. After all, some of the most iconic artists have trademarks that old fans flock to and new listeners are attracted to. Rihanna, on the other hand, has nothing to lose.

The intro, â€œMad House,â€ warns and welcomes those who can handle what this album has to offer. This leads into the reggae/rap style of â€œWait Your Turn.â€ Co-written by Rihanna and The-Dream, this track sounds as if Rihanna pulled her heart out of chest with her bare hands and left it beating on the table. That type of intensity captured in the heartbeat-like rhythm makes for a track that you canâ€™t tear your ears away from.

Then comes â€œHardâ€ featuring Young Jeezy and written by The-Dream. Here, Rihanna has â€œno fearâ€ â€“ this upbeat yet intense song pulls you in and makes you want to dance as she â€œshuts it down.â€ Young Jeezy adds his flavor to this track, which is a nice complement to the hard-edged lyrics. Definitely a diva anthem.

We then arrive at â€œStupid in Love.â€ Co-written with Ne-Yo, you know what Rihannaâ€™s singing about. The slow melodic beat emphasizes the lyrics of â€œI may be dumb, but Iâ€™m not stupid.â€ The warning from her friends is a reminder of the dangerous situation she allowed herself to get into. A writer whoâ€™s worth her salt, Rihanna puts her pain on paper and helps those who need a wakeup call to hear it. (It helps that the song isnâ€™t preachy.)

This is your average â€œI donâ€™t give damn about youâ€ track. What makes â€œRockstar 101â€ worth listening to is the guitar genius of Slash â€“ his contribution will keep you engaged with everything thatâ€™s going on.

Apparently, Ne-Yo is helping Rihanna exorcise her relationship demons, because â€œRussian Rouletteâ€ is another high-voltage track. And, even though it still works that heartbeat-type rhythm, it doesnâ€™t sound as if itâ€™s a rehash of â€œStupid in Love.â€ Thereâ€™s a place for â€œRussian Rouletteâ€ here, because although it deals with the hardships of love, itâ€™s a different take on it. The gunshot at the end is a bit over the top, though â€“ the lyrics and melody are enough.

â€œFirebombâ€ deals with somebody about to explode. Here, Rihanna exposes her heart once again, and deals with the electricity and fiery intensity of a potential relationship. While â€œRude Boyâ€ is reminiscent of her usual sound, itâ€™s a fun track that makes you want to groove. The rhyme scheme is reminiscent of Debargeâ€™s â€œI Like It,â€ except with an edge. â€œPhotographs,â€ which features producer and co-writer Will.i.am, is a run-of-the-mill R&B track that leaves listeners feeling as if they have treaded this ground before. The music is lively and the Will.i.am riff is interesting, but itâ€™s not enough to carry the lame lyrics.

â€œG4Lâ€ produced by Chase and Status, brings us back to the dark style of the album. Here, Rihanna raps and sings her pain. Sheâ€™s at her best when sheâ€™s raw and in your face. Youâ€™ll also love â€œTe Amo,â€ written by James Fauntleroy, as it has a distinct Caribbean sound. It brings us back to Rihannaâ€™s debut album, only with richer, more mature emotion. The beat will have you moving as the ambiguity in gender that is being sung about will find you replaying this track to confirm what you thought you heard. You did.

Here, Justin Timberlakeâ€™s writing style works. â€œCold Case Songâ€ is the best track on the album, as it encapsulates various emotions with an infectious beat. The musical arrangement takes advantage of lots of instruments, from violins to bass guitars. Rihannaâ€™s vocal range and subtle intensity also blend well together. Produced by the Yâ€™s, it has a similar sensibility to â€œTe Amoâ€ than any other song, yet it stands on its own. Even if you donâ€™t like Rihanna, you need this song â€“ itâ€™s worth the price of the album.

The album ends appropriately with â€œThe Last Song.â€ Written by Rihanna, it returns the listener to the dark edge. With intense guitar licks and mournful yet melodic backup singers, this track might be the last love-lost tune that Rihanna sings.

With â€œRussian Rouletteâ€ climbing the charts and stronger tracks yet to be released, this album may be on multiple charts longer than any of the previous three â€“ and deservedly so.