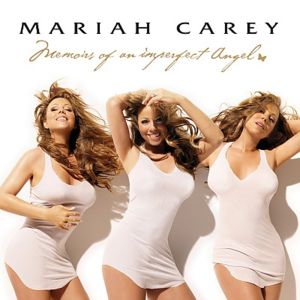 Atlantic Cityâ€™s Borgata Hotel and Casino on Jan. 2 was a night of number-one hits and showstopping performances from the bestselling female recording artist of all time, Mariah Carey. On the second stop of her Angels Advocate tour, Carey sang to a sold-out crowd of fans, ranging from teens to senior citizens. With her entourage (including hubby Nick Cannon) on the scene, Carey, as usual, gave her fans a performance to remember with a set list of 18 songs, even though she lacked the stage presence for someone who has been doing this for the last two decades.

As usual for the diva, Carey showed up an hour later than expected. The 2,200 fans in attendance, however, did not seem to mind. They were finally graced with the divaâ€™s presence when she was lowered from the ceiling, wearing what looked to be a dress stolen from the Good Witch of â€œThe Wizard of Oz,â€ sans magic wand. Mimi followers screamed, sang along with her (off-key) and snapped photos of Mrs. Cannon without pause.

While Carey is a rare artist in the pop world these days, one who does not lip sync and actually can hold a tune, she was, surprisingly, an upsetting bore throughout the show. Her only offering to the Event Center crowd was her five-octave vocal range and Minni Ripperton-inspired high notes â€“ which she utilized brilliantly â€“ yet between her songs, the diva moments came out in full swing.

Carey announced that she needed certain â€œdivaâ€ things in between song sets, as she had her hairdresser pulled onto the stage for a quick fix. She even admitted that she loved her champagne, drank some onstage and sang a few more tunes while lounging on a futon. â€œI am not standing all night,â€ she exclaimed. She also brought some personalized items (which no Carey concert is complete without), such as her diamond-studded microphone and stand, which was also included in her 2006 tour.

Whether this was just an attempt to be funny or a seriously bad case of diva issues, it was making her look quite bad, and something the show could have done without.

Careyâ€™s performance did have its high points, though, and it was chock full of chart-topping oldies, many of which came from way back in 1991. Some singalongs included â€œAlways Be My Babyâ€ and â€œHeroâ€ (which was her encore, as it was at her Madison Square Garden concert in 2006). Carey also brought her fans back to the present with some of her new singles: A showstopping ballad called â€œAngels Cry,â€ and her infamous â€œObsessed.â€ Of course, Carey concert’s (with hubby Nick onlooking) wouldn’t have been complete without a shout out and a dedication song to her number-one man.

Careyâ€™s concert proved that although she is pushing the big â€œfour oh,â€ her vocals are still as strong as they were when she recorded her debut album back in 1990. She proves she is here to stay, and will continue to sell out venues, but she needs to be a bit lighter on the diva moments. â€œThey call me a diva because, well, I am one.â€ She could not have possibly been more right.