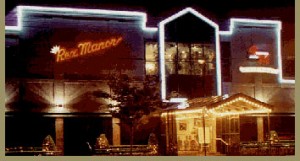 For the last six years, The Rex Manor in Brooklyn has hosted the Gabriel Projectâ€™s charity event, Daytime at Nighttime. This one night only affair is a chance to meet and greet as well as wine and dine (and dance the night away) with your favorite â€œOne Life to Liveâ€ and â€œAll My Childrenâ€ actors. The Gabriel Project helps kids in Africa obtain heart surgeries and was something many of the daytime stars wanted to be a part of right away.

At both this year and last yearâ€™s events one could expect the following: an excellent buffet dinner, a cocktail hour, open bar, an array of delicious desserts and a D.J. pumping up a dance floor of fans and actors dancing around to todayâ€™s hits and yes, the electric slide.

A little history for you: The Gabriel Project was founded by Middle School Teacher Mark Melamed in 1990. It is a non-profit organization designed to help provide children in Africa with life saving surgeries and has since saved countless lives. Word of mouth spread and a few day-timers got on board with the project. â€œGeneral Hospitalâ€™sâ€ Jackie Zeman hosted this yearâ€™s event and revealed that she has accompanied Melamed multiple times to Africa to help those in need.

Sean Ringgold of â€œOne Life to Liveâ€ fame, as well as from his role in â€œNotoriousâ€ as Suge Knight, was eager to be a part of a project, which not only helped kids, but allowed him the chance to be close to fans. â€œDonâ€™t forget to tag me on facebookâ€ was his phrase of the night as fans snapped photos and had autographs signed by him. He is one of the sweetest and most humble actors in existence.

In attendance this year were Ringgold, Ilene Kristen, Shenell Edmonds and Zeman â€“ all of whom were wonderfully eager to chat, dance and hang out with some of their fans. Last year, Kristen even went as far as performing a few of her bandâ€™s songs to her intimate fan filled audience.

“Where are the rest of themâ€ was the whispered question at this yearâ€™s shindig. Fans that attended last year although had an amazing time felt a bit jipped due to last yearâ€™s attendance record turn out. Rumor had it that there was a birthday party that the daytime celebrities attended as opposed to the fan-filled charity event. Another rumor floating around was that the following dayâ€™s fan event needed prepping so many chose to get ready for the Broadway Daytime Event as opposed to this intimate fan event. â€œAll My Childrenâ€ actors at least had an excuse due to their recent move from New York to their new L.A. studio.

However, fans continued to enjoy the night, but did not forget the main reason they were all joined together for this event. Melamed made a speech about the Gabriel Projectâ€™s progress, as well as how far they still need to go. He also brought along some of his students that sang a tribute song for the benefit. Fans were also able to bid on OLTL and AMC memorabilia, such as autographed photos, scripts and designer jewelry.

Interested in attending next year? Contact the Rex Manor in Brooklyn or visit the site for the Gabriel Project (http://www.thegabrielproject.com/)

Word of advice, tickets can get pricey ($175), but are well worth it due to the cause and a fun filled night with some of your favorite stars.