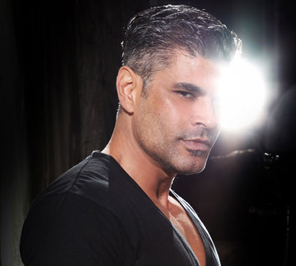 After photographing covers and fashion layouts for numerous magazines like Vanity Fair, Italian Elle and Spanish Vogue, and even gracing the covers of Instinct and XEX and being an active participant on popular reality-television shows such as, â€œAmericaâ€™s Next Top Model,â€ â€œCanadaâ€™s Next Top Modelâ€ and â€œMy Life on the D list,â€ Mike Ruiz has redefined what society thinks of about photography. With vibrant colors and a fresh eye for the unusual, Ruiz has put a new spin on a classic expression of fine art.

Ruiz did not always have such a glamorous life. It was a long struggle on his way to the top. He grew up in the rough town of Repentigny, Quebec.

â€œI donâ€™t want to paint a gloomy picture of it because actually molded me into who I am but it was rough. [It was a] very intolerant, blue-collar, lower-income, completely white neighborhood. I was the most ethnic person for a hundred miles,â€ Ruiz said.

It seemed a little bizarre to discover that an extreme artistic Ruiz was not exposed to art as a child. He said, â€œI wasnâ€™t exposed to a lot of stuff, creatively or artistically. I always thought that I would end up being a doctor or a lawyer.â€

Ruizâ€™s tall stature, chiseled facial features and unique last name would be an interesting way to begin the journey into his past.

â€œMy mother is French Canadian and my father is Spanish,â€ he said. â€œ[My fatherâ€™s] great-grandmother was from Spain, but she immigrated to the Philippines. That is where my grandfather was born and raised and then he moved to the U.S., where he married an American woman. That is where my father was conceived,â€ Ruiz said. He is fluent in English, French, and he can â€œget byâ€ in Spanish. We never spoke Spanish growing up. I know what I know from learning it in school and from being in Miami.â€

He is the youngest of his parentsâ€™ three sons. With a loving mother and a â€œself-loathingâ€ father, Ruizâ€™ mother was responsible for a lot of â€œdamage controlâ€ and protecting his brothers and him from their abusive father. He explained that his father â€œwas not so forthcoming with his loving and nurturing. My mom spent most of her time overcompensating for my dadâ€™s lack thereof.â€ Like most men in the world, Ruizâ€™s father was a hardworking man who opted to raise strong, â€œmanlyâ€ men who safeguard their emotions.

To his family, he is still their â€œlittle Mikey.â€ His parents and brothers have yet to grasp the overall success that Ruiz has accomplished over the years. â€œMy nieces and nephews have a sense [of who I am] because they are dialed into things like Facebook,â€ he said. â€œThere are aware of my daily stuff because they follow me on Twitter.â€

Knowing that he wanted to be as creative as he could, it took a while for Ruiz to find an outlet. As a young adult, he was still trying to discover his way through life after breaking into modeling, acting and even waiting tables and doing retail work in order to get by, when he received the camera that changed his entire life.

â€œI originally moved from my little suburban hometown when I was 19. I moved into the big city of Montreal, where I started modeling and going whatever I could to get by,â€ Ruiz said.

He lived in his apartment building for about a year before the building burned down. He moved back in with his parents, which fueled a new passion to leave Canada completely. Soon after, he hit four of the major LGBT hotspots in the United States: District of Colombia, Los Angeles and Miami, before finally landing in New York.

The booking that gave Ruiz the thought that he could be successful behind the camera was when he was booked to shot the cover for Rod Stewartâ€™s 1998 album, â€œWhen We Were the New Boys.â€ Unfortunately, this was also the same year that Ruizâ€™s mother died. At this time, he was not walking on sunshine yet.

â€œI was still [at an earlier time] trying to find what appealed to me, ecstatically,â€ Ruiz said. He was, and still is, most pleased with the â€œsurreal, over-the-top, colorful, pop-art lookingâ€ photography. With the ever-changing world of popular culture, Ruiz has created and accomplished several projects in the entertainment industry to reinvent himself. A few of those projects would be directing videos for artists like Tracy Lords, Kelly Rowland and Vanessa Williams. He officially made his cinematic directorial debut in 2007’sâ€œStarrbooty,â€ which was written by and starred RuPaul, one of the worldâ€™s most notable drag performers. The film instantly sold out at film festivals both in the U.S. and overseas. Ruiz described it has being a â€œlow-budget labor of loveâ€ that was filled with lots of laughs and fun.

Ruiz also has two potential television shows in the works. One of them was a scripted show called â€œThe 10 10s,â€ about a group of gay men in Los Angeles who seemingly have everything that life has to offer and are desired by all. The show has been placed on the back burner due to an overload of LGBT shows that will be premiering soon.

â€œIt seemed so exciting to me the prospect [of having a show], but it turned out that a lot of shows about gay men are already in the production process. [Those shows are] mostly reality driven,â€ Ruiz said.

The other potential idea is a reality show about Ruiz, who struck up an idea for the show and is working with a company called Relativity Real to make it happen. â€œIt is not about my life but more about my creative process,â€ said Ruiz. The success of this show could give him more of the leverage for a future that includes â€œThe 10 10s.â€

Ruiz is also an active agent and contributor to the gay, lesbian, bisexual, transgendered and questioning (GLBTQ) community. He has spoken at several colleges in an effort to spread the word on gay issues and improving gay visibility. Ruiz was honored with the huge privilege to be the Grand Marshall of Albuquerqueâ€™s 2010 Gay Pride Parade. However, with all of his success so far, he still prefers to just be called Mike.

â€œIf I could change one thing about our world, I would change how people measure their self worth against material objects,â€ Ruiz said. â€œI enjoy capitalism, but I do not let capitalism define me. You are not who you are married to or what car you drive or what kind of apartment you live in. What you are is how you are as a human being.â€