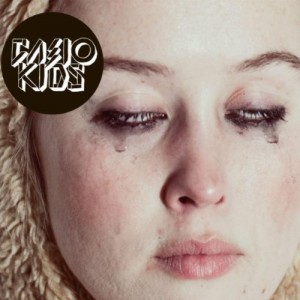 This instrumental, electronica sound with its infectious beat will have you grooving until you hear the lyrics. Theyâ€™re unnecessary to the track and spoil the listening experience. However if you can overlook that, then give this free download a try.

This Canadian duo has created an angry sounding and rather loud song. Itâ€™s definitely music to head-bang to. Whatâ€™s more itâ€™s fun, there are no words to get in the way of an enjoyable experience for the first two minutes. Then the Japandroids totally ruin a good thing. Sometimes a solid track doesnâ€™t need lyrics. They should have let the musicianship speak for itself.

What happens when rock does not quite describe the genre of music youâ€™re playing? What if youâ€™ve gone beyond that? Thatâ€™s where Steve Hackettâ€™s â€œFire on the Moonâ€ fits in. Itâ€™s that progressive type of rock music that attempts to fill the space between dated light-rock and a new hard-core classic. Just how does Hackett make you like something that you would ordinarily turn off within the first few bars? You should listen to this former Genesis guitarist to find out.

â€œI Was Made For Sunny Daysâ€ â€“ The Weepies

Indi folk music that sounds cool? As difficult as it is to see those words in the same sentence thatâ€™s just what The Weepies have done with â€œI Was Made For Sunny Days.â€ From their future album entitled Be My Thrill, this track seems to be a solid representation of how this band expresses a cross-segment of emotions. Its upbeat tempo collaborates with the complexity of the lyrics nicely. If you donâ€™t feel like delving too deep into your psyche, then just listen to the melody. If you want to have a deeper perspective of what drives you, then pay attention to the words.

Gauthier takes her tumultuous life head on in â€œSideshow.â€ Her stripped down, straight-forward guitar playing mixed in with an appropriately sounding haggard-well played horn section will force you to fall in love with this track. Youâ€™ll want to be a part of her sideshow even if you wonâ€™t know why.

Norwegian electric pop music? What could be a catchy song instead sounds like a muddled ball of confusion. Skip it.

A bassist whose featured genre of music is electronica, Dntel has created a song where you wonder what journey he is taking you on. Its tentative opening careens into a fugue-like groove, then you feel as if youâ€™ve thrown down the rabbit hole. If nothing else itâ€™s some funky ride you should try.

Heâ€™s crude, mysterious, and downright dangerous. Heâ€™s Hesher. The cursing, stomping, intimidating character starring in the film of the same...