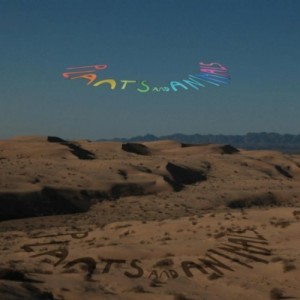 Remember when you were 4 and you would rhyme songs that just sounded right together. In your 4-year old brain you formed something great. Perhaps it was cute, but you were 4. Itâ€™s not as adorable once youâ€™ve reached adulthood. Itâ€™s noise, annoying, irritating noise and Angus & Julia Stone should stop â€“ now.

Peter Wolf Crierâ€™s â€œCrutch & Caneâ€ will remind you of the b-side to a Peter, Paul and Mary or a Mamas and Papasâ€™ track. It isnâ€™t necessarily a bad thing. Then again why settle for someone who sounds like those iconic bands when you can download the real thing?

From her latest album Laws of Illusion, Sarah McLachlan has created another song to add to her iconic status as soulful, light-music songstress. This is one woman who can manipulate your emotions and make you want more. Youâ€™ll never figure out why you like McLachlanâ€™s sound, and you wonâ€™t care. Itâ€™s also the perfect track to release to represent the album. If the songs sound half as good as this one, then pre-order or do whatever you need to and get it as soon as itâ€™s released.

â€œPromisesâ€ sounds amazing â€“ until you hear the lyrics. If this was solely an instrumental track, then it would be near genius in its sound. Instead itâ€™s as if the mediocre lyrics are fighting to be heard above an otherwise great tune. If you can find the song without the words, then go for it. But this unfinished, sounding track is not worth the free download.

You want to like â€œKon Tiki,â€ but Plants and Animals wonâ€™t allow you to. Between its ordinary sound and bane lyrics youâ€™ll be exhausted by its mundane-ness. Skip it.

Ana Tijouxâ€™s â€œ1977â€ successfully attempts to be a rap track sung in Spanish. Think Digable Planets with a Latin beat in the way it uses the mariachi sound the way Digable Planets infused their tracks with Jazz influences. It may just get you to appreciate Reggaeton.