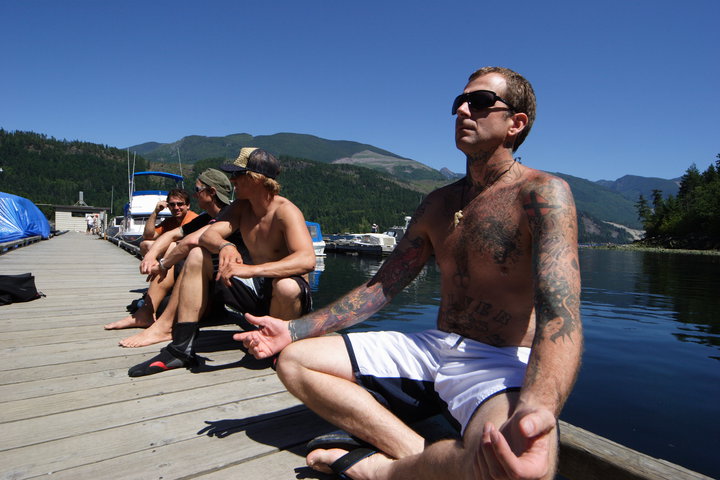 As a California native, ocean surfing has always been apart of Eli â€œMackâ€ Simmermanâ€™s life, but river surfing is a whole different ball game stepping up the thrill and danger. Featured in â€œKeep Surfing,â€ a river surfing documentary shown at this yearâ€™s Tribeca Film Festival, Simmerman has a cutting-edge passion as he joins Munich locals for the first time on the Eisbach River, the home of river surfing.

Having knowledge of the Eisbach River is nothing compared to riding it alongside new friends. Being inducted as an honorary international member in FUS, a local crew at the Eisbach, was a plus making filming on location much more momentous for Simmerman,

â€œIâ€™ve known about that forever and getting to go there and ride the wave was really special. Also having the full cast from all the locals to the main people made it super enjoyable. Its fun to ride; Fun to hang out with everybody. Its like if youâ€™re into baseball and you get to play at some major stadium, or if youâ€™re a musician and you want to play Lalapalooza,â€ he said.

Simmerman was fortunate to hook up with Director Bjoern Richie Lob while traveling the world surfing the Zambezi River in Africa, Skookumchuck Narrows in Canada and all over the western United States. Impressive treading skills and zealous attitude set Simmerman apart from other surfers getting him noticed.

â€œHe had seen what I was doing and wanted to put me in it. I supplied him with a bunch of my own personal footage I had complied over the years. When I went there the first time we hit it off really well and we surfed together. Then I went back again for the grand opening for the Munich Film Festival,â€ said Simmerman.

Nothing but positive energy went into making the documentary. A surfboard, waves, friends and a wetsuit was all that was needed to keep the cameras rolling. Aside from all the goofing around, it did include some serious and personal scenes adding to the depth and rawness of the movie.

â€œBeing that Iâ€™m a protagonist in a documentary film, it’s not like Iâ€™m doing any acting so it wasnâ€™t even work. I got to show up and surf. Not much else to it,â€ he said. â€œI love Bjoern. Heâ€™s one of my closest friends now. Heâ€™s a sweet dude and I think you see it in the movie. His film tries to touch on the emotional side of life opposed to just showing some action and surfing. I think that’s why its been so well received.â€ 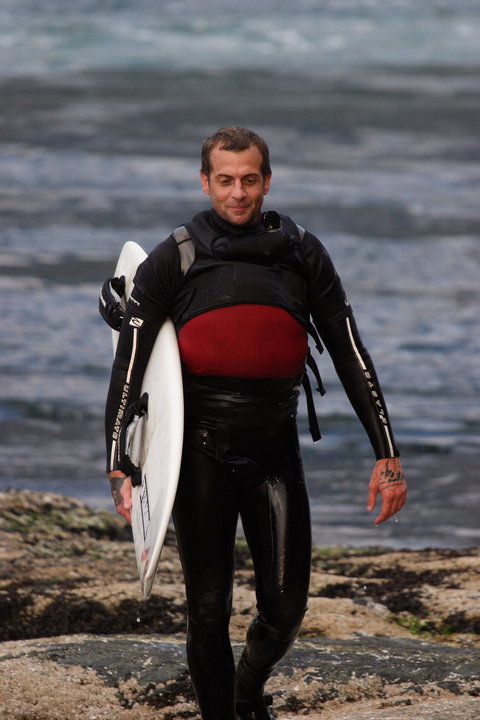 Switching from shooting laid back scenes at the river to more intimate settings, growing up among the artificial southern Cali lifestyle forced Simmerman to move up north where he river surfed in the city of Chico in â€™97 for the first time not thinking much of it.

Moving around the states discovering more surf-able rivers, enabled him to realize the art of river surfing. Shying away from ocean surfing to begin a whole new chapter in his life.

â€œThen I moved to Arizona in â€™99, found one there, surfed it and thatâ€™s when it sparked in my brain that there had to be more of these. In 2001, I moved to Eugene, Oregon right next to a bunch of rivers and I started surfing there locally. I took the last ten-years and surfed them,â€ he said.

Transitioning from the SoCal ocean surfing subculture to the river surfing community was no sweat for Simmerman as he wasnâ€™t so fond of the ocean surfing mores to begin with. Similar pastimes with two completely different ways of life, Simmerman finds himself more at home at the river.

â€œThe surfing subculture has gone the way of snowboarders and skateboarders; Theyâ€™re all a bunch of white suburban fucks. Most of the industry of pro surfers think theyâ€™re shit doesnâ€™t stink,â€ he said. â€œA lot of river surfers they donâ€™t even know who Kelly Slater is, they donâ€™t care about what kind of stickers they have on their car, theyâ€™re not trying to get chicks. Theyâ€™re just out there doing it because they really have an appreciation for it. You find more genuine people in the river surfing community although there is basically no one.â€

Barber by trade, Simmerman is a regular guy who just so happens to be a well-known surfer. No contests, no gimmicks just the open river and a man with his surfboard with a vision to build a stationary wave in an amusement park setting. Teaming up with Steve Johnson who draws up park plans wasnâ€™t enough to get the project started during this rough patch in the economy.

Along side the American Wave Machine, a company dedicated to creating constant waves through a standstill mechanism, he is determined to get people motivated and become active participants in the project. Simmerman soon found that with the recession it’s not so simple to prompt people.

â€œWith the down turn in the economy you think it might be even better to get people motivated, but when youâ€™re trying to do that stuff youâ€™re dealing with lame ass politicians. They never get off their ass to get anything done. Everybody sits around and talks about how it could happen but no one ever does it. That’s why I work for American Wave Machines, theyâ€™re actually building waves and it might be an amusement park, but theyâ€™re actually doing the engineering to build the waves,â€ he said.

Simmermanâ€™s stylist salary can only get him so far when it comes to travel expenses and using the proper equipment as he has to think of his family first. The need to ride different waves with the right gear, he established a river surfing organization called, World River Surfing Association to finance his trips without putting a dent in his wallet.

â€œJust so I could get free shit from surfboard companies. When I call up, I tell them, â€˜Hey, this is Eli and Iâ€™m doing crazy stuff on the rivers and I donâ€™t have any money to afford a wetsuit. Can you send me some crap?â€™ I just thought up a name that sounded legit and started calling people. No great endeavor to spread the word of river surfing or to enrich other peopleâ€™s lives with the sport. I just needed to fund my trips to go surfing,â€ he said.

With a short supply of river surfers, thrill seekers must brave flood waters, whirl pools and strong currents alone to make it home safely from a trip, in this case back to his two sons and expecting wife. It is crucial to block out negative thoughts and stay focused to perform at a successful level.

Barely having the desired amount of spare time to dedicate to river surfing with supporting a family, Simmerman keeps at it and takes advantage of any chance he gets. Over coming intoxicating lifestyle choices and financial obstacles, no amount of fear or danger can put an end to his surfing days. Accepting what others see as negative connotations of river surfing as character building battles hoping to someday passing on this quality of risk taking to his children.

â€œYou have to do what you love and if what you love is something where youâ€™re put in situations that can be considered dangerous or possibly fatal its a choice you make whether its big waves surfing or whatever the thing you have a passion for,â€ he said. â€œIf Iâ€™m going to die -People say they want to die doing the thing they love. I donâ€™t think about it too much. I want to leave my sons with the legacy of who their father was and how he lived his life instead of who their father was and how he didnâ€™t live his life because he was afraid of death.â€ 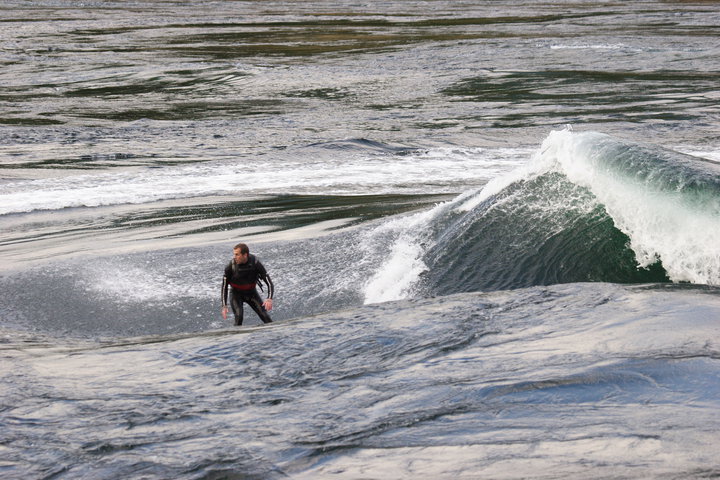