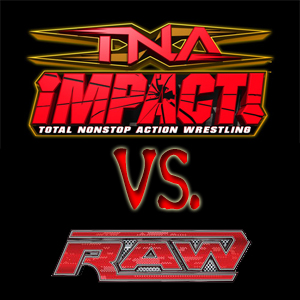 With Christmas just a week and a half away, Review Fix EIC Patrick Hickey Jr. tells the WWE what they could give the fans to make Raw more interesting.

10- Make Melina a heel: The divas division is a joke and it’s a shame. With the incredibly talented Natty Neidhart the champion, there’s no competition for her. Making the sexy Melina a heel and getting her a tan (when and why did she get so pale?) will reinvigorate the division and give the matches on Raw some type of meaning.

9- Give Wade Barrett a real finisher: The wasteland is just that It would suffice as a set up to something bigger, but right now, that isn’t the move that’s going to catapult this kid. How about a capture suplex? You know, the one Tazz made famous? Might work well.

8- Continue pushing Daniel Bryan: The guy is a great talent and deserves every ounce of success he’s had in his career. He’s easily the best pure wrestler on the show and needs to wrestle real matches on Raw. Otherwise the real fans have no reason to watch.

7- Just develop the Tag Teams: The Nexus team of Heath Slater and Justin Gabriel could have been fun to watch had they not been so green. It’s time the WWE started developing teams. Sure it’s a niche, but it’s one that has always brought the company success.

6- Enough of this General Manager mystery nonsense: Tell us who it is. The e-mail system is old now. Get a real face to go on camera and make it fun.

5- No more world title reigns for the youngsters: Make these kids earn their keep; it’s ruining the show.

4- CM Punk’s return: He’s funny as a commentator, but this guy could totally bolster the in-ring product of Raw. Could you imagine Daniel Bryan and CM Punk wrestling for a title?

3- Triple H’s return: This guy could totally be used to push not only Sheamus over, but Wade Barrett too.

2: Have longer, cleaner matches: The tease that Raw has become has saved the bodies of the athletes on-camera, but nearly ruined the show. Take fans back to the days where they could see a 20-minute match on cable.

1- Break up the Nexus: These kids have talent, there’s no doubt, but with Barrett doing most of the talking, it makes you wonder how little some of these guys are actually being used. Breaking up this band or trimming their numbers will give some of the lesser used pieces a chance to flourish on their own.