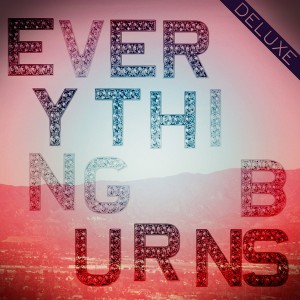 Shirockâ€™s new album, “Everything Burns,” offers fans a great modern rock sound, reminiscent of U2. Lead singer Chuck Shirock has a Bono-like voice, and Pap Shirockâ€™s soprano sound gives the band a strong female presence that helps separate the band from the pack.

Tracks the likes of “New Solution,” “Time Goes By” and “Still Young” will make you want to rock out down an open road. All three of these songs have great hooks, strong choruses, and guitar solos that are smooth, modern, and powerful, adding a signature sound to each.

“Drag You Down” and “Man Inside” are both power ballads with hit potential. The first ballad has an acoustic beat and a nice drum solo. “Man Inside” is a track with a piano accompaniment and some powerful lyrics with a strong fighter message. “Say it Out” showcases Chuck Shirockâ€™s vocal ability proving he can hold a tune with this one. Itâ€™s a flawless slow, yet rockable song, also placing it in Shirockâ€™s ballad category.

“Iâ€™ll Take the Rain” and “Silver,” are sung by Pap Shirock and offer a lighter feminine touch- a soprano voice, with a tasteful rock quality. Both ballads are heartfelt and offer a strong message which is so wonderfully woven into the music.

The album concludes with an excellent intro to the title track, “Everything Burns” and follows with a song with potential, that should be on radio stations everywhere. The introâ€™s instrumentals flow quite nicely into the track, a strong inspirational song about the meaning and metaphors of life. The last track, “I Have Been Redeemed,” is a reprise of “Drag You Down” and an acoustic song, giving the album a great finish.

Overall, Shirockâ€™s new album is a array of hit-infused rock songs. This group knows how to intertwine music and lyrics quite nicely and has a strong inspirational quality, not found often in most rock bands today.

Review Fix chats with Darrin West, Co-Founder of Iocane Games, who discusses the development, creative process and goals for his...