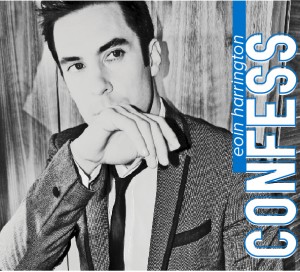 The Bay Area transplant, Eoin, (pronounced â€œOh-unâ€) Harrington, played to a sold out crowd for his combination birthday party and CD release at the world famous Yoshiâ€™s San Francisco jazz club on April 22.

Harrington, a true indie artist, who releases music from his own record label, is an award-winning songwriter who continues to win the praise of music industry heads. He produced â€œConfessâ€ with the help of Alex Newburg and Alan Hertz.

Major bay area radio stations like Alice 97.3 and KFOG have given rotation to singles off his last album, â€œStory,â€ which have advanced his success and popularity. His infectiously catchy hooks and energetic live shows have drawn a larger fan base and garnered comments like, â€œKids a star, plain and simple, â€ from KFOG DJ Rosalie Howarth. â€œI’ve been in this business 25 years and it’s a real pleasure to listen to someone with pure, raw talent.”

Along with the local success, Harringtonâ€™s music has been well-received back in his home of Ireland, where â€œConfessâ€ was released on the same day as in the states.

â€œConfessâ€ is composed of 11 tracks which expose the self-exploration of love, love lost, and the in-between thatâ€™s happened since â€œStoryâ€ was released in 2008. Itâ€™s not a new topic for pop music, but it works. Maybe there is some Irish gene that allows artists like Harrington, Glen Hansard, and Damien Rice to generate themes that the genre regularly manufactures, but deliver it with genuine passion. Or, maybe theyâ€™re just genuinely passionate? That would be a nice change to the unapologetic billboard success of empty musicians.

The title track opens the album, whose intro tiptoes along the lines of Baroque pop, with an almost quirky harpsichord accompanying Harringtonâ€™s piano, joined by a violin gently sailing over his tenor vocals. Orchestral arrangements silhouette each track, showcasing Harringtonâ€™s talent as a composer.

The album is cut into two sections, Harrington explains, â€œLet it out,â€ and â€œHold it in.â€ The â€œLet it outâ€ segment are the upbeat radio ready singles like â€œNow or Never,â€ â€œWhatever I Want to Say,â€ and â€œConfess.â€ Its counter part holds â€œNew Years Day,â€ and â€œBefore I Fall.â€ â€œHold it inâ€ seems a bit of a misnomer since they are pieces of music, not tracks of silence.

â€œWhatever I Want to Sayâ€ has the â€œjam bandâ€ feel that resembles another local San Francisco band, who Harrington has shared the stage with, â€œTea Leaf Green.â€

The Irish folk influence, so clearly staged with an exceptional bagpipe interlude in â€œHelp,â€ is not lost here. â€œHelpâ€ ironically represents a forceful expression of the inability to do so through lyrics like â€œI canâ€™t release myself / I need your help.â€

What Harrington arguably excels in most is his ability to tell a story. Folk stories and lore reminiscent of parables, though tailored to a contemporary audience, are continuous throughout the album. Throughout the course of the album, he combines his Dublin roots with the easy listening characteristic of the West Coast. This produces a sound commonly shadowing the Englishman James Blunt, and is suggestive at times of Hansard and the Czech pianist, MarkÃ©ta IrglovÃ¡â€™s, â€œThe Swell Season.â€

â€œNow Or Neverâ€ comes in with jazz/funk guitar and a rolling bass line pokes fun at the alpha males. The lyrics, â€œreal women donâ€™t care if your rims are 12â€™s or 22â€™s,â€ and tell the easily relatable story of damaged pride and egos and call the ladies out to â€œgive him a second chance.â€
â€œSpeak Your Mindâ€ both bisect the album into the two approaches Harrington exercised, and joins them for a midpoint timbre. While openly positive, â€œSpeak Your Mindâ€ takes the album in a slower, softer direction, bracing the listener for the new suite to follow.

Harrington has the musicianship that has captivated audiences throughout the country and across the Atlantic and will continue to, as he promises that â€œConfessâ€ will be followed up by another album contiguous with the confessions concept.