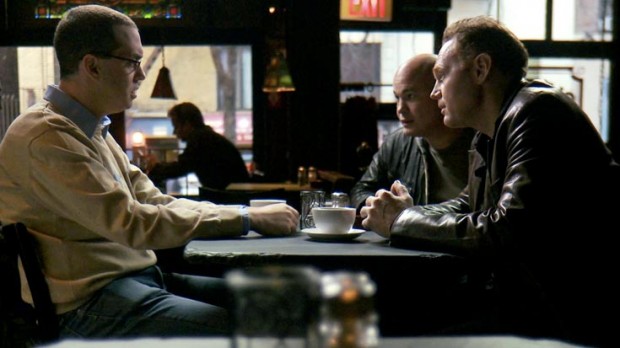 â€œCheatâ€ is a short film from the Tribeca Film Festival that explores a master plan on how to break the rules in a relationship by not getting caught, even if it is avoiding the obnoxious doorman, and the nosy old lady for a neighbor.

â€œCheatâ€ is directed by Joe DeRosa, who also stars in the film, alongside comedian Bill Burr and Robert Kelly. This film is laugh-out loud funny, mainly because of the way the dialogue is delivered. The actors are loose and talk to each other the way regular friends would. The graphic dialogue along with the hilarious plot is what makes â€œCheatâ€ a film you could and should enjoy.

This film is a comedic story of three friends who are on a mission to pull off a perfect score. When Joe, a neurotic, has a once in a lifetime chance to cheat on his girlfriend who is out of town, he realizes he lacks the experience to get the job done, so he gets advice from his good pals, Bill and Bobby, who help him get the job done.

As the boys devise their plan, they must avoid certain obstacles that would cause Joe to get caught. When Joe completes his task and takes the correct instructions from his Bill and Bobby, he is relieved- everything could go as planned. That is until someone unexpected blows up his spot and ruined what was the perfect plan.

What is so good about â€œCheatâ€ is that it makes you think, and teaches you the dirty tricks and plans of cheating on your girlfriend. The choice however is yours, if you want to go through with it. Other than that, this film is very smart, witty, and will also give you second thoughts if you ever decide to break the most important and dangerous rule in a relationship.