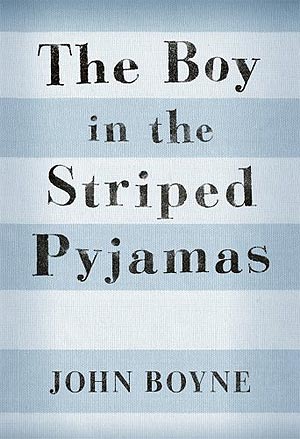 “The Boy in the Striped Pajamas,” by John Boyne, is a novel, (more specifically a “fable,” as the author puts it in the inside cover), which offers a perspective into World War II Germany and Auschwitz through the eyes of an innocent nine-year-old boy named Bruno.

Brunoâ€™s journey begins in Berlin, as he is found confused and packing so that he can now live in â€œOut With.â€ The move comes after his father was given orders by the Fury to relocate for his job. Needless to say, Bruno continues to be perplexed, as to why he must now go to a new place. He wonders why he sees no one his age, until one day his curiosity brings him to a fence. It is here where Bruno finds a young Jewish boy (with the same birthday) on the other side.

Readers who know the history of the war become well aware of the fact that this friendship will not be a smooth and happy one for the boys. Both children cannot understand why they are not allowed to â€˜hop the fenceâ€™ to play with each other. Brunoâ€™s child-like innocence also cannot grasp why his friend looks tortured and sickly.

As Bruno slowly discovers the truth, and attempts to make sense of it, he is torn between idolizing his father or befriending an enemy, who becomes his only true friend in “Out With.”

The author’s choice to write this through a child’s point of view, shows that sometimes adults in our lives are not always right in what they do, and that a child can be smarter, and even more humane than a grown up. Boyne does a fantastic job developing Bruno’s character over the course of the novel. From the start of the book, readers will love Bruno, and secretly wish that by some chance, the inevitable cruelties of the Holocaust could go away, and leave these two friends to just be innocent children.

Overall, it is a must read for adult readers, as well as teens. It is a novel that you will not be able to put down, with an ending that will give you chills. Boyne’s book will also serve as a reminder of how the war effects the purest of heart. It also makes readers remember how fences and prejudice such as the one that divided the boys, existed, and sadly continue to do so today.