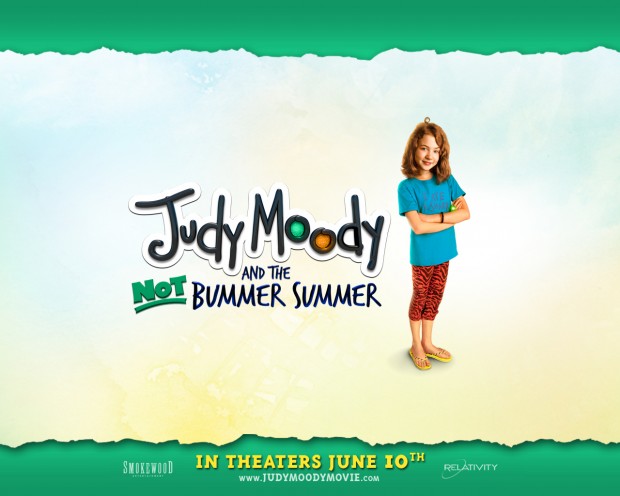 It’s not the feel-good movie of the summer, but for kids, “Judy Moody and the Not Bummer Summer” could be their guilty pleasure flick.

Based on the award-winning series of books by Megan McDonald, the animated sequences and imaginative story will have them hooked from start to finish.

Adults be warned however, you may have a hard time enjoying it.

Aside from an appearance from Steve Urkel himself, Jaleel White, there isn’t much of a cool factor here if you’re over the age of 20.

Not to be confused with any of the slew of more modern children’s flicks out there, this movie lacks the type of duality that gives adults a reason to stay in the theater. At the same time, if your child is past a certain age, they may opt for something with some more zing. With that being said, if your kids don’t have their own cell phones or i-Pods yet, you’re should be in okay shape; they’ll get more out of this film than anyone else.

The other kiddies, however, may find themselves shifting in their seats, yearning to get home and play video games or go on the computer. Undeniably wholesome, “Judy Moody and the Not Bummer Summer” works its magic best with kids that haven’t been ruined by technology or older children yet.

Because of this, its overall appeal is somewhat limited. That’s not Jordana Beatty, the star of the film’s fault though. Adorable, witty and fun, Beatty works well with the always beautiful Heather Graham, who plays Aunt Opal. This is obviously not a film that any adult will remember her in, but ultimately she’s solid as the cool, hip aunt.

Over the course of the film, the duo have a wacky adventure full of twists, turns and guerrilla art. Parris Mosteller is hilarious as well as Beatty’s brother Stink. Like Beatty, this is Mosteller’s first feature film and from their performances here, the two have talent and would definitely fit in with the Disney channel crowd.

Regardless of their apparent chemistry though, the film will drag for adult viewers, who won’t connect with the source material in spite of the charismatic, yet young performances of many of the characters.

That doesn’t mean the film is a waste of time though. In a day and age where it’s nearly impossible to find a “safe” film to take young children to, “Judy Moody and the Not Bummer Summer” is a perfect choice for families with young children. Innocent, endearing and cute, the kiddies will find something to love here.