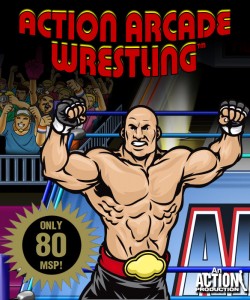 Review Fix chats with Dave Horn, creator and developer of “Action Arcade Wrestling,” one of the highest-selling games on the X-Box 360 Live Arcade.

In this interview, Horn discusses his inspiration for the game, citing classics from the arcade, NES, SNES and Nintendo 64. He also discusses the chances for a sequel, the many features of the title and what the development process was like.

To listen to the interview, click the link below:

For more information on the game, you can go to Action Arcade Wrestling’s Facebook page here.