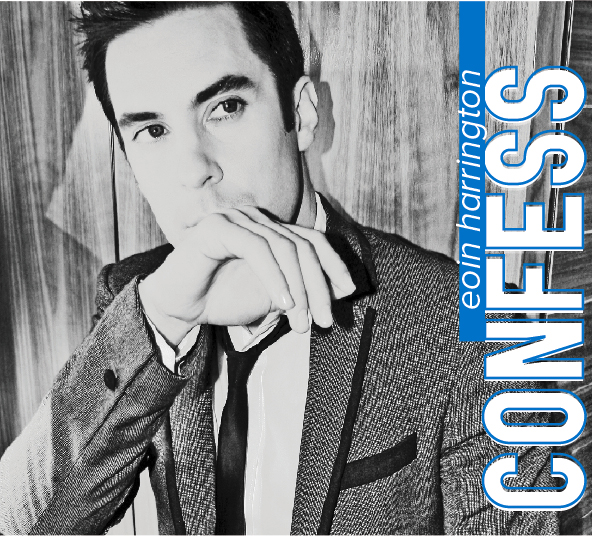 Singer/songwriter Eoin Harrington took a break from recording to speak with Review Fixâ€™s Ryan Sit about his musical roots, â€œConfessâ€ and the â€œconfessionâ€ concept album to come.

Harrington, a native of Dublin, Ireland currently living in San Francisco has garnered acclaim all across the distance. His debut album â€œStoryâ€ enjoyed circulation on local radio stations, and was recently followed by â€œConfess.â€ The CD release event of â€œConfessâ€ coincided with his birthday party at a sold out and world famous Yoshiâ€™s Jazz Club.

Review Fix: I saw that you recently quit your day job as a chemical engineer. How did you make the switch from that into perusing music fulltime? When did you make the break between being a trained classical pianist and the more singer/songwriter vibe?

Eoin Harrington: Well, I didnâ€™t write my own songs until I was 22. I started writing songs when I came over to America. I played piano when I was four. Back home I played classical for 10 years and then started playing by ear by myself messing around, not doing my own stuff, just hearing stuff and playing it. Every family function we were always doing some kind of singsong session. Everyone had to sing a song, get involved; itâ€™s always been that way. Then when I got to America I started to do my thing a bit more; started playing open mic circuits.

Do a song and the song grows and itâ€™s grown to the point where it is today.

The reason I jumped out of the day job is because we were doing a lot of big shows. I showed last year with The Counting Crows, Sarah Bareilles, two shows with The Fray, and a few more people so it was getting busy as hell. Then I was writing songs for movies so I just said, â€˜fuck it I got to give this a go,â€™ you know, things are going well and its too busy, so I jumped out.

RF: Thereâ€™s a line in â€œNow or Neverâ€ where you say, â€œI hope you know you probably scared that boy for life.â€ Who is â€œthat boy?â€

Harrington: Itâ€™s a tongue-in-cheek kind of a phrase. That song isnâ€™t necessarily any one person. It’s an observation around the whole social dynamics of the whole fucking dating game and the club life and all. Just how things play out in guy versus girl in those nightlife scenarios. Guys are always approaching girls and getting knocked down 20, 30 times or whatever. Itâ€™s more of a generalization; itâ€™s a jokey, fun song. I know a lot of guys who would approach girls and get the cold shoulder, get pushed out from the group and what not.

RF: Right, right. Never you though, the Rock star?

Harrington: Oh yeah, abso-fricking-lutely I would. Itâ€™s a ruthless world out there.

RF: On â€œI love Itâ€ you say, â€œI was serenading Alice with a couple of tunesâ€. Being from the Bay Area I know Alice 97.3, is that the â€œAliceâ€ youâ€™re talking about.

Harrington: It actually is. That song is about someone I was with who actually was at an event I played for Alice. So I was there and I played a couple of songs for them and that girl was in the audience. I threw it in there as kind of a distraction somewhat, but really I was playing for Alice Radio but the girl was in the audience who I ended upâ€¦ she ended upâ€¦ well, doing different things.

RF: What would you say mostly influence â€œConfess?â€

Harrington: I would say no one thing in particular. I have a lot of stuff going on around me all the time so itâ€™s hard to pinpoint any one particular thing. But Confess, itâ€™s got some soul stuff towards to the end, some Elton John, itâ€™s got some bluesy shit in there, some pop stuff. Itâ€™s a fun song to play live.

RF: How have your influences changed since youâ€™ve been in the city?

Harrington: I’ve been hearing a lot more of the, just West Coast music. We have American music back home as well, but Iâ€™ve been exposed to a lot more different things. Ballet music and symphony music as well.

A lot of shit happens as well, a lot of life, no matter where you are its going to happen. Thatâ€™s also affecting whatâ€™s going in there.

RF: What are you listening to right now? Like on your iPod, what are you playing?

Harrington: I like Kings of Leon; what else to I have? Those guys Twilight, I listen to them. A bit of Imogen Heap, a bit of Segur Ros, A bit of Ray LaMontagne, a bit of Van Morrison.

RF: Are you still listening to a lot of Irish Folk music?

Harrington: Yeah I still look for all that old stuff. I was raised with a lot of that old folk music so I know all those tunes and every so often Iâ€™ll definitely play whenever me and my friends are hanging out. I love all the old songs.

Iâ€™m actually going to do an album of old Irish classics that I grew up on.

RF: I read that the whole â€œconfessionâ€ idea was the first album in a series of confession albums, like it was going to be a concept thing. Where are you going to go with that? How are you going to differentiate between this album and the next?

Harrington: When I get this thing going my plan is to kick off with a digital release when we have the website built, up which should be done very soon. The way it works is ideas that I have will be presented up there, put up there for people to listen to and check out and put theyâ€™re thoughts in there. Those confessions of whatâ€™s in their lives or what their opinions are of what Iâ€™m doing will be translated into my creative process and then that new song will be voted upon and then produced in a more professional fashion and then released in probably three chunk groupings – sort of little EPâ€™s.