There are dozens of hack and slash, first person shooters and slingshot type games on the IPad, which make it a great place for male gamers of all shapes and sizes.

But what about women, especially the younger ones, who want something to divert their attention on the train ride home or while on lunch break?

The answer to that question, for now, is the Silicon Sistersâ€™ new title, â€œSchool 26: Summer of Secrets.â€

While its overall gameplay is far from groundbreaking, its simple approach, solid music by Canadian band Hey Ocean and fun, Nickelodeon-inspired story make it a worthy time guzzler for casual female gamers on the I-Pad.

â€œSchool 26: Summer of Secretsâ€ revolves around a High School student who must rally her friends together in time for a big adventure of sorts, which caps off their summer. Following the dialogue, our protagonist must keep her friends and enemies in good graces so she can learn information vital to completing quests. By either matching the emotions of those you speak to, or opposing them, the next event is allowed to start. At other times, youâ€™ll play a match game in an attempt to get certain characters to work together to complete a quest. This spices up what could have been a game that was overtly repetitive. 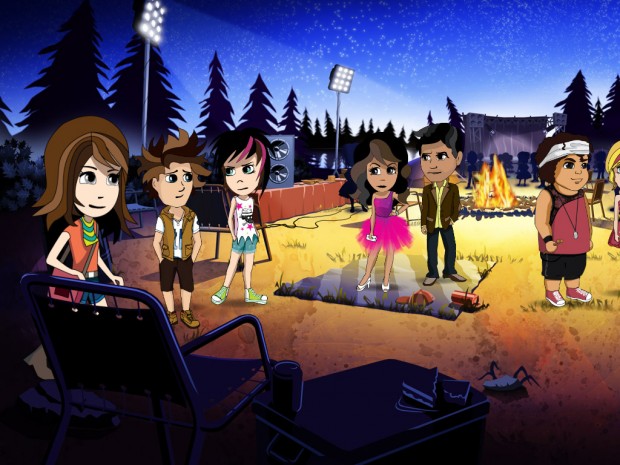 While the majority of the gameplay is straight-forward and incredibly easy, there are times when it becomes a challenge to make the right decision. These moments are when the title shines the most. The fact that everything is handled so well, in an intuitive menu that allows you to share information with other characters, is a definite plus. In the end, itâ€™s a system that many other I-Pad games can learn from.

Because of this, youâ€™d think this title would have something for everyone but, in spite of everything this game has going for it, â€œSchool 26: Summer of Secretsâ€ is ruled by a story that is geared towards tween girls. Chances are if you dig television shows the likes of â€œHannah Montanaâ€ and â€œI-Carly,â€ this is a game right up your alley. Everyone else will find it a bit too hokey, but will appreciate the colorful graphics, cute tunes and charming gameplay system.

Nevertheless, while it isnâ€™t for everyone, itâ€™s a game that is technically proficient and able to entertain if given a chance.