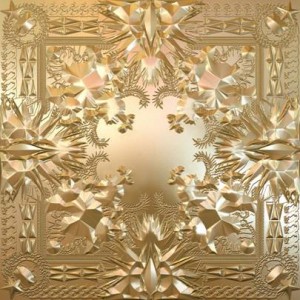 WATCH THE THRONE TOUR – TICKETS ON SALE ON AUGUST 8TH

For this project, music icons and pop culture visionaries JAY-Z and Kanye West have joined their extraordinary talents to form the group â€˜THE THRONEâ€™ and confirm the most anticipated album and touring event of the year, WATCH THE THRONE. On Monday, August 8th â€˜THE THRONEâ€™Sâ€™ extraordinary once-in-a-lifetime Roc-A-Fella / Def Jam Recordings / Roc Nation album collaboration, WATCH THE THRONE, will be available worldwide exclusively on iTunes. On the same day, tickets will be made available to the public for the once-in-a-lifetime pairing of two of musicâ€™s greatest performers on one stage, with the WATCH THE THRONE TOUR (powered by VoyR) at Ticketmaster.com and LiveNation.com. All fans who purchase their tickets online will receive a digital copy of the album. The Live Nation produced tour will begin on September 22nd in Detroit with 24 dates confirmed thus far.

On Monday, July 25th, everyone can get the lead track, â€œOtisâ€ instantly when they pre-order the DELUXE album exclusively at iTunes at http://idj.to/watchthethronedlxit. The album will be available at additional physical and digital retailers on August 12th.

Beginning Thursday, July 28th, fans that visit www.LiveNation.com/WatchTheThrone, will have access to presale tickets, which includes a digital copy of the album. CitiÂ® card members will have access to presale tickets beginning Friday, July 29th at 10AM local time through Citi’s Private PassÂ® Program. For complete presale details visit www.citiprivatepass.com. CitiÂ® is the official credit card of the WATCH THE THRONE TOUR.

The longtime friends and music innovators inspired each other to new heights with their collaboration on WATCH THE THRONE recorded in person at various locations around the world. Over a year in the making and a truly global affair, the duo recorded in London and Bath in the UK, Abu Dhabi, Sydney, Paris, and New York City. Though shrouded in secrecy, the album has already been heralded a â€˜masterpieceâ€™ by those who have heard it, and features production from The RZA, The Neptunes and Kanyeâ€™s longtime collaborator Mike Dean. The short list of featured vocals includes Frank Ocean, BeyoncÃ©, Curtis Mayfield and Mr. Hudson. The lead track, â€œOTIS,â€ which premiered over New York radio waves on Wednesday, July 20th night during HOT 97â€™s FunkMaster Flex show, brilliantly weaves Otis Reddingâ€™s â€œTry A Little Tenderness.â€

The production is classic Kanye West soul, with the two MCs trading couplets over a sample manipulated the way only West can. â€˜Sounds so soulful, donâ€™t you agree?â€ intones JAY-Z, and the two launch into a treatise on swagger, claiming their rightful place at the top. Since the trackâ€™s release, the flood of praise for the track has been nothing short of deafening. Entertainment Weekly declares the track â€œthe most well-executed rap song of the year.â€ â€œOtisâ€ can be streamed at watchthethrone.com/otis.

Both JAY-Z and Kanye West have each appeared as guests on the other’s stage, and now they come together for never-before-seen performances not only from their collaboration, WATCH THE THRONE but also songs from their classic catalogue. Fans should stay tuned: several key dates will offer unique opportunities to become a part of the WATCH THE THRONE movement.