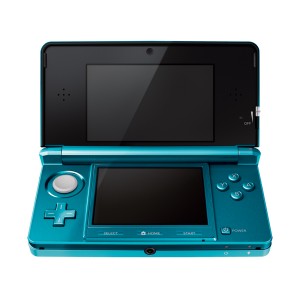 REDMOND, Wash.- Nintendo of America has announced plans to drop the suggested retail price of its portable Nintendo 3DSâ„¢ system to $169.99 in the United States, as new games based on some of the worldâ€™s most beloved video game franchises head to the system. The new price, down from the suggested launch price of $249.99 and effective Aug. 12, makes an outstanding value even better and sets up a strong holiday season for the system.

â€œFor anyone who was on the fence about buying a Nintendo 3DS, this is a huge motivation to buy now,â€ said Nintendo of America President Reggie Fils-Aime. â€œWe are giving shoppers every incentive to pick up a Nintendo 3DS, from an amazing new price to a rapid-fire succession of great games.â€

Nintendo 3DS has the strongest software lineup of any video game system this holiday season and the new price now opens up the glasses-free 3D experience to many more consumers. Building on the popularity of The Legend of Zeldaâ„¢: Ocarina of Timeâ„¢ 3D, which launched June 19, the upcoming game calendar is a Whoâ€™s Who of iconic video game franchises. Star Fox 64â„¢ 3D arrives on Sept. 9, followed by Super Marioâ„¢ 3D Land in November, Mario Kartâ„¢ 7 in December and Kid Icarusâ„¢: Uprising during the holiday season.

In addition to great games, Nintendo 3DS has a host of attractive features* that make it the must-have video game system this season:

The new Nintendo Videoâ„¢ service automatically delivers short 3D videos from the worlds of music, comedy, animation and Hollywood.
A free application allows Netflix members with unlimited streaming plans to instantly watch TV episodes and movies streaming from Netflix.
The Nintendo eShop is a digital store for Nintendo 3DS owners that provides access to a wide variety of downloadable content, such as original 3D software, classic games that have been re-mastered in 3D called 3D Classics, Game Boyâ„¢ and Game Boy Color â€œVirtual Consoleâ€ games in their original 2D glory, and more than 350 Nintendo DSiWareâ„¢ games. Visitors can also view video game trailers, screen shots and product information for games, including those available at retail locations.

Since Nintendo 3DS launched in the United States on March 27, more than 830,000 people in the U.S. alone have purchased one to enjoy 3D visuals without the need for special glasses. These Nintendo 3DS owners represent some of Nintendoâ€™s most loyal customers, and Nintendo is rewarding them for getting in on the action early with 20 free downloadable games from the Nintendo eShop.

These free games are available to anyone who owns a Nintendo 3DS system and uses a wireless broadband Internet signal to connect to the Nintendo eShop at least once before 11:59 p.m. Eastern time on Aug. 11. These users will automatically be registered in the Nintendo 3DS Ambassador program. The program contains two elements:

Starting Sept. 1, Nintendo 3DS Ambassadors will be able to download 10 NESâ„¢ Virtual Consoleâ„¢ games at no charge and before they are available in the Nintendo eShop to the general public. These games, including Super Mario Bros.â„¢, Donkey Kong Jr.â„¢, Balloon Fightâ„¢, Ice Climberâ„¢ and The Legend of Zeldaâ„¢, are slated to become paid downloadable games, but Ambassadors get them early for free. Once the paid versions of the games are posted to the Nintendo eShop later in the year, the updated versions will be available to Ambassadors for download at no cost.
By the end of 2011, Nintendo will provide Ambassadors with 10 Game Boy Advance Virtual Console games. These include games like Yoshiâ€™s Islandâ„¢: Super Marioâ„¢ Advance 3, Mario Kartâ„¢: Super Circuit, Metroidâ„¢ Fusion, WarioWareâ„¢, Inc.: Mega Microgame$ and Mario vs. Donkey Kongâ„¢. These games will be available exclusively to Ambassadors, and Nintendo currently has no plans to make these 10 games available to the general public on the Nintendo 3DS in the future.

More details about this program will be announced in the future.

Remember that Nintendo 3DS features parental controls that let adults manage the content their children can access. For more information about this and other features, visit http://www.nintendo.com/3ds.

About Nintendo: The worldwide pioneer in the creation of interactive entertainment, Nintendo Co., Ltd., of Kyoto, Japan, manufactures and markets hardware and software for its Wiiâ„¢ home console, Nintendo 3DSâ„¢ and Nintendo DSâ„¢ family of portable systems. Since 1983, when it launched the Nintendo Entertainment Systemâ„¢, Nintendo has sold more than 3.7 billion video games and more than 600 million hardware units globally, including the current-generation Wii, Nintendo 3DS, Nintendo DS, Nintendo DSiâ„¢ and Nintendo DSi XLâ„¢, as well as the Game Boyâ„¢, Game Boy Advance, Super NESâ„¢, Nintendo 64â„¢ and Nintendo GameCubeâ„¢ systems. It has also created industry icons that have become well-known, household names such as Marioâ„¢, Donkey Kongâ„¢, Metroidâ„¢, Zeldaâ„¢ and PokÃ©monâ„¢. A wholly owned subsidiary, Nintendo of America Inc., based in Redmond, Wash., serves as headquarters for Nintendoâ€™s operations in the Western Hemisphere. For more information about Nintendo, please visit the companyâ€™s website at http://www.nintendo.com.

After the first segment of Impact Wrestling, changing the channel felt like an impulse. Showing Robert Roodeâ€™s family and the...