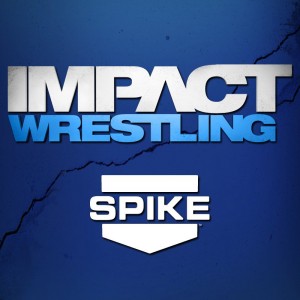 Last nightâ€™s TNA Impact Wrestling featured one of the best cards the show has seen all year. Overall, the wrestling was solid enough for any hardcore fan to be satisfied.

In spite of that, TNA continues to make serious creative mistakes every week on Impact. Rather than lead with their impressive arsenal of young wrestlers, they continue to give veterans such as Kurt Angle, Sting and Hulk Hogan the most time on screen. This formula has never worked for the company, yet they continue to shove it down the audienceâ€™s throat…every week.

And even when they give someone fresh an opportunity to do a promo, it ends up being Velvet Sky, who is engaged in one of the worst feuds of the years with ODB and Jackie Moore.

It felt like something stolen from an ABC after-school special.

At the same time, it was nice to see TNA have Sting in the red and black outfit in order to sell the Joker gimmick a bit more. How heâ€™s positioned himself at the top of the company is a complete wreck of a storyline however. Itâ€™s even more proof that TNA is having serious problems creatively.

Bound for Glory Series: Gunner vs. Rob Van Dam: A quality opening match that pushed a good pace. Both competitors hit a nice amount of moves, but Gunner showed the most ingenuity with a Tully Blanchard-esque slingshot suplex and several high impact strikes. However, RVD won after he hit a five-star frog splash from quite a distance away. While the match was solid, what does TNA have to gain by pushing a â€œmadeâ€ veteran like RVD over Gunner, who is in need of being put over? Like the amount of licks it takes to get to the center of a tootsie roll pop, the world may never know.

Bound for Glory Series: Crimson vs. Bully Ray: A weird match that is proof that TNA is attempting to make Crimson their very own Randy Orton-type performer. After Bully Ray spent most of the match working on Crimson, the rookie came out of nowhere and hit his Sky High Powerbomb for the win. Too bad it lacks the same power and impact as the RKO. Crimson has potential, but needs a better finisher and soon. With the way heâ€™s being pushed, every match counts and he needs a spectacular finish to stand out.

Tara w/Miss Tessmacher vs. Winter w/Angelina Love: A decent match that had a surprising outcome. After she hit her spinning Irish Curse-type finisher [It was sloppily executed however. It appeared Winter had trouble picking Tara up for the move.], Winter got the win. At first, it appeared she was having one of her best matches in the company, but by the end, itâ€™s obvious she still needs to work on her technique.

Brian Kendrick vs. Abyss in an Ultimate X match for the TNA X Division Title: Probably one of the least entertaining Ultimate X matches ever. But thatâ€™s only because Abyss is the last person youâ€™d want to see in the contest. You have to give TNA credit though, the finish was intriguing, as Abyss appeared in the drivers seat, until Kendrick reversed a chokeslam in mid-air and was able to take the title off the ropes.

Kurt Angle vs. Mr. Anderson in a steel cage match: A match that dragged. After 15 minutes of offense and Bully Rayâ€™s interference, Angle was able to rise above it all and still win the match. At this point, Immortal is at its weakest. Why would the company have Sting and Angle fight for the title when the biggest angle is between Sting and Immortal? The only way this could make sense is if Angle swerves and goes heel. If that is the case, it smells of typical Vince Russo storyline writing.