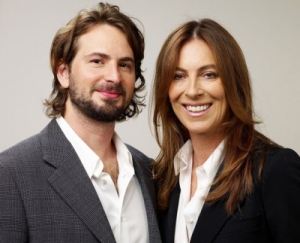 While the filmmakers didnâ€™t directly address Kingâ€™s concerns that releasing the movie weeks before next yearâ€™s election could sway voters, or that those involved with the project mightâ€™ve received privileged information, the statement denied that the film has an agenda.

â€œThis was an American triumph, both heroic and nonpartisan, and there is no basis to suggest that our film will represent this enormous victory otherwise,â€ it said about the SEALsâ€™ assassination of bin Laden in May.

King, the Republican Chairman of the House Committee on Homeland Security, stated in a letter to the CIA and the Defense Department that the government needs to protect top-secret information.

â€œThis alleged collaboration belies a desire of transparency in favor of a cinematographic view of history,â€ he said of the possibility that Obamaâ€™s administration let Bigelow and Boal in on confidential information.

In the letter, King mentioned an editorial Maureen Dowd penned, which The New York Times ran on Sunday. â€œJust as Obamaland was hoping, the movie is scheduled to open on Oct. 12, 2012 â€“ perfectly timed to give a home-stretch boost to a campaign that has grown tougher,â€ she said.

Bigelow and Boal have yet to come up with a title.