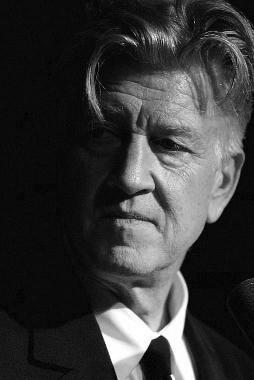 “Lynch” is a documentary that explores many aspects of this directors work, including his side projects known as art, meditation, and photography in which help create his ideas.

Above all else, it allows us to go inside the mind of David Lynch, one of the most creative and unique filmmakers in the world.

Throughout this documentary, we explore a bit of Lynch’s personal life, which includes him creating art by either snapping pictures of an abandoned factory in Poland, panting on the set of his film and some woodwork. Although Lynch might be seen as odd, there is no doubt that his artistic vision makes him one of a kind as an artist and a film maker.

What is interesting about this documentary is that we see Lynch actually shoot several scenes during his latest film, “Inland Empire.” What makes this so intriguing is that you actually see how Lynch works as a director and also the process of how a movie is shot and made.

Lynch also talks about some of his earliest memories growing up, as well as his transcendental meditation in which he has practiced for over 30 years. He even says that the meditation helps him come up with ideas. Although his past films such as “Lost Highway” and “Mulholland Drive” seemed strange to many viewers, it was Lynch’s artistic vision that made his style of film-making so unique and stand alone.

Overall, this documentary is well worth the watch. If you have a desire and interest in film-making, then this film will engage. The truth of the matter is when all is said and done, it doesn’t hurt to learn from one of the best in the business.