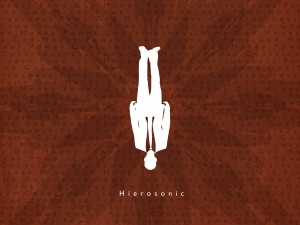 Hierosonic sounds like the poor manâ€™s Linkin Park, the young manâ€™s Incubus and the dumb manâ€™s Trapt, except they can write.

The Pennsylvania quintet released their sixth studio album, “Consciousness, Fame, God, Money, Power” back in June, but it still hasnâ€™t received much press. For a band as prolific as they have proven themselves to be, the question is, â€œwhy doesnâ€™t anyone know them?â€

The single â€œThe Media Taught You Thatâ€ off the album shows off vocalist Ben Stewartâ€™s exuberant, high energy, style. Stewart enters the song on the drummer Mark Bohnâ€™s snare, immediately followed by a deep kick drum and the rattle of a tambourine.

The songs intro carries a similar epic sound as rap/rockers PODâ€™s single, â€œYouth of the Nation.â€ The initial reverberated melody of â€œThe Media Taught You Thatâ€ is almost the same as PODâ€™s single, were it scaled up a couple octaves.

After sifting through the teen angst in Stewartâ€™s voice, and despite the radio friendly sound of the single, the lyrics are far from shallow. While maintaining a digestible sound for massive rotation, depth is not sacrificed, witnessed by cryptic lyrics like, â€œMeet your maker: Media Fake. Iâ€™m gonna / tear down the armory and keep them awake.â€

Musically, Hierosonic has a very tight melody and rhythm combination. Guitarist Jarred Cannon plays along with Stewartâ€™s vocal melody as he shouts out â€œIâ€™m never right, youâ€™re never wrong / Iâ€™m waiting for the tide to change to wash away the shame that we created.â€ Cannon also keeps the listenerâ€™s interest peeked with syncopated down strokes on the back half the choral progression.

Mechanically, however, they have a worn out sound. The pitfall of the band is that they must evolve. Without the strong lyrical content, Heirosonic is nothing more than a knockoff of alt rocker bands that have been shot to stardom, devoured by top 50 radio stations, and spat out by the public. The routine chord progressions and auditory pyrotechnics of distortion and heavy reverb found in â€œThe Media Taught You Thatâ€ are old tricks that have lost their flair.

Cannonâ€™s attractive contribution to the chorus and intro dies out when his affectation of a guitar solo kicks in. His slow, dreamy solo drones on in an unmotivated effort and eventually falls back into a chorus. Itâ€™s a clear filler on the track.

To listeners who joined the bandwagon and tossed their LPâ€™s of Linkin Park and Limp Bizkit, Heirosonic will fall on deaf ears. For all those that still get an adrenaline rush when they crank up the late nineties alt rock jams, Heirosonic will be a shot of epinephrine straight to the chest.