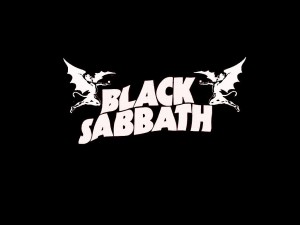 At Hollywoodâ€™s Whisky A Go Go Friday night, the original members of Black Sabbathâ€”singer Ozzy Osbourne, guitarist Tony Iommi, bassist Geezer Butler, and drummer Billy Wardâ€”dominated the same stage from when they made their 1970 Los Angeles debut, but this time, they also held a special press conference to announce their 2012 reunion tour as well as a new album, their first since 1978.

â€œItâ€™s now or never for us. Weâ€™re getting along great,â€ said Iommi. â€œWeâ€™ve got some music to play.â€

â€œWe couldn’t do it any earlier,â€ Osbourne insisted, though all the band members are in their 60s. â€œWe tried, but it didnâ€™t work. This time, for some reason, weâ€™ve written seven or eight songs that are really good. Iâ€™m not just saying it.â€

The currently untitled album is scheduled for release next Fall through Vertigo/Universal Republic Records, accompanied by a worldwide arena tour, their first since 2005. In addition, they will headline the Download Festival in England on June 10. Producer Rick Rubin (Metallica, Johnny Cash, Beastie Boys) is working with the band on the anticipated album.

â€œI’ve been in the room while theyâ€™ve played, and they sound remarkably like Black Sabbath,â€ Rubin said at a News Conference. â€œItâ€™s inspiring hearing whatâ€™s coming out.â€
Their live shows will include much more than their string of hits and usual performances since the groupâ€™s first reunion in 1997.

To honor Veterans Day in the U.S. and Armistice Day in Britain on Friday, the band members and Rubin all wore black, with symbolic poppies pinned to their chests.

The group was welcomed with an introduction from former Black Flag singer Henry Rollins, who enthusiastically explained Black Sabbath’s influence on hard rock and their generations of fans. Rollins went through each of the bandâ€™s albums, in order, without notes or teleprompter.

â€I was a very alienated young person, and when I heard Black Sabbath, I realized my life had a soundtrack,â€ remembered Rollins, now a solo artist, spoken-word performer and published author. â€œThese are records that keep on giving. Iâ€™m 50 damn years old, and I still listen to Black Sabbath as passionately and with as much interest as I ever did.â€