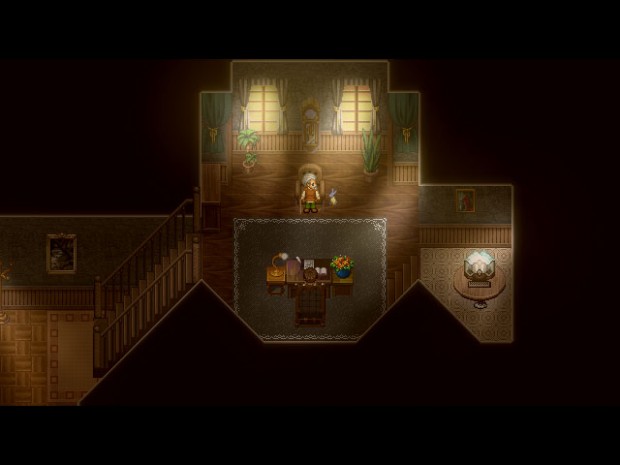 Imagine if there were a medical procedure that would allow people to spend their final moments reminiscing about achieving their wildest dreams, even if they didn’t.

That would be quite a lucrative business wouldn’t it?

Freebird Games blasts off with this novel concept in their latest release, â€œTo the Moon,â€ which is equal parts “Inception,” “Eternal Sunshine of the Spotless Mind” and “House M.D.” thrown into a blender with Square Enix’s â€œChrono Triggerâ€ and set on purÃ©e.

The plot follows Dr. Eva Rosalene and her assistant, Dr. Neil Watts, of Sigmund Corporation, a company whose sole purpose is to tackle the single most common emotion expressed by people on their deathbedsâ€”regret.

Rosalene and Watts dive headlong into the memories of John “Johnny” Wiles, an elderly, bedridden widower who lives with his caretaker and her two children in a large house atop a cliff overlooking an abandoned lighthouse. Through the use of a vague futuristic apparatus, they can systematically splice a doctored version of his aggregate recollections into his brain, much like adding deleted scenes to a feature film. However, the two quickly discover that with Johnny, it won’t be a simple cut and paste job.

â€œTo the Moonâ€ delves into so many different themes, from the clinicalization of humanity to postmodernism to the meaning of life; it’s hard to pinpoint one specific message among the emotionally saturated moments and witty (and nerdy) comic relief of the surprisingly profound narrative. Nevertheless, the aptly labeled “tragicomedy” will leave many players misty-eyed come the final act. It may be slow to accelerate, but once that train starts rolling, they won’t even know what hit them.

Sadly, the Super-Nintendo-esque 16-bit graphics don’t do this deep, sentimental and personal story the justice it deserves. It simply feels strange to see such true-to-life dialogue, within a downright mature and philosophically detailed lens, confined to sprites and dated pixilated environments that lend themselves more to screen-shattering “random encounters” than serious-face romance and melodrama.

The lighthearted JRPG joke near the beginning, that oozed playfully cheesy meta-humor, did more to illuminate this issue than dismiss it. For some games, low-tech works. For â€œTo the Moon,â€ it hamstrings the visual story process.

There were also some attempts at arbitrary puzzles and mini-games added, seemingly, for spice to the methodical gameplay. However, they were relatively pointless and hastily executed for the sake of making the game more game-ey.

The player is playing for the story, not whack-a-mole or picture puzzles. 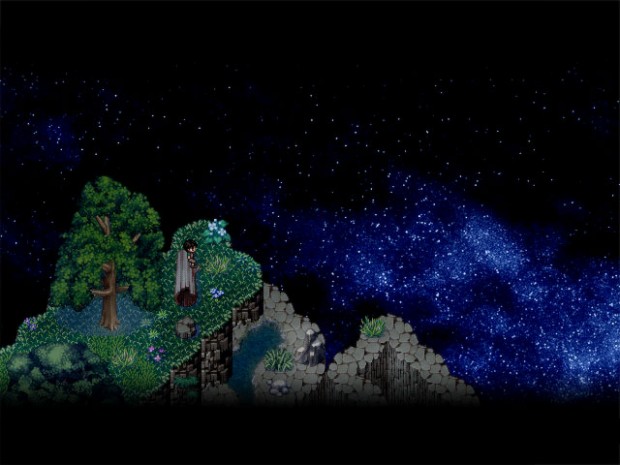 In some instances, numerous extended cutscenes can ruin a perfect game, much like the pitfalls of the â€œMetal Gear Solidâ€ or â€œFinal Fantasyâ€ series.

â€œTo the Moon,â€ although slightly verbose at points, stays within the boundaries of a snappy story, flowing along naturally and organically all the way to very end. It isn’t about stealth espionage action or heroic sword combat, it’s about two doctors poking around an old man’s memory. The extended cutscenes are apt for the content.

A notable mention should be the outstanding original score written and performed by both “To the Moon” director/illustrator and composer Kan “Reives” Gao and Laura Shigihara, video game composer of Plant vs. Zombies fame. Its moody, emotional and sentimental sound, similar to SNES games of old, evokes the sense of childlike innocence and wonder that pervades the entirety of the game, even in moments of obviously “grown-up” themes like death and psychological disorders.

In all, “To the Moon” is a masterpiece of a game held back by its small budget. It is bursting at the seams of its indie game shell with the soul of an epic. Apparently a sequel is in the works. Hopefully, “Episode Two” can measure up to the magnitude of the original.

Check out the trailer for the game below: