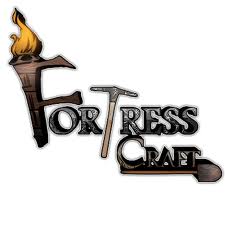 Minecraft, in all its blocky splendor, (for the six people left in the world that havenâ€™t heard of it), could be best described as virtual legos. Really awesome virtual legos. Sure there are monsters and different dimensions and tamable wolves, but think back to when you were five and building on your living room floor. If you werenâ€™t using your imagination to spawn monsters and scenarios, you were a sucky child. So â€œNotchâ€ over at Mojang did what any decent human being would: He created a (popular) way for adults to get away with continuing to indulge their favorite childhood obsession without needing a visit from Chris Hansen. And just like in the world of infinite possibilities that is Minecraft, such is that of FortressCraft: Chapter 1.

Essentially classic mode of Minecraft with some tweaks, it is rather surprising that it took as long as it did for a clone to pop up on the XBLIG marketplace. The first and most notable difference would be the look and feel of the game. Itâ€™s more crisp, the moon actually looks like a moon, clouds look like clouds, and the snozzberries taste like snozzberries. Is that a plus? Depends on who you speak to. Some of us prefer the more â€œvintageâ€ look of Minecraft. FortressCraft is still aÂ block-after-blockÂ setupâ€¦ it just looks a bit more updated. Donâ€™t ask me for technical terms. I was an English teacher, not a computer geek.

A major difference is in the controls. Of course, this chapter does not feature the â€œcraftingâ€ aspect that we all know and love (though it isÂ planned for future chapters), so the necessity for more simply doesnâ€™t exist. All you can really do is build, destroy, select blocks, change your avatarâ€™s expression, and of course jump. As a light Minecraft player having had relied on a keyboard/touchpad for so long, I find the navigation end of FortressCraft infinitely better. Â Iâ€™m not much of a computer gamer, and my APM is embarrassingly low. This makes so little sense because I can type 70+ words per minute, but Iâ€™m just not trained for keyboard domination. In Minecraftâ€™s defense, I could use a program to custom map the commands for a gamepad. Despite that, itâ€™s not natively supported and since Iâ€™ve started using Macs, Iâ€™ve gotten lazy.

One of the suckiest aspects of the game is the sheer fact that you canâ€™t swing your pickaxe. It just hangs out there, teasing you. But this in itself begs the questionâ€¦ who cares? Youâ€™re not really mining anyway, because you have unlimited resources, so whatâ€™s the difference? It makes it lessÂ realistic? Youâ€™re fabricating a world out of blocks on an Xbox, quit your whining (this, coming from someone who was disappointed in this lack of a feature).

You canâ€™t die or lose heartsâ€¦ but as I traversed the world of FortressCraft, Iâ€™d continually hit a point on the map where the screen would go fuzzy as I tried to go further. It would bounce me back into a â€œsaferâ€ point on the map. I guess itâ€™s the same principle as hitting the end of the road in Pleasantville. At one point, when I tried to enter the Matrix-like glistening strands of un-rendered map, my screen went completely fuzzy and I was informed that I â€œwas eaten by a grue, Press X to respawnâ€. I pressed it (furiously) with no success.

Is the grue like â€œthe nothingâ€ from Neverending Story? I didnâ€™t see any monsters. I just kept trying to push the boundaries of the map.

So, Iâ€™m not great at this game. When I had guests enabled, a bunch of block hooligans kept surrounding me with bricks (as if I donâ€™t know how to get out). I can build houses. I especially like the trampoline block. I really donâ€™t know why I can play this game for hours on end (and yes, I have). Multiplayer is awesome, regardless of the friend server issue. It makes it well worth the 240mp pricetag.

Despite all that, I cannot explain why I am still sitting here playing it when I need to be revising my design homework. Especially when there is NO REAL GOAL here. You build what you want, thatâ€™s it. What the hell is so intriguing about this? If I wanted to, I could create life in my uterus, yet Iâ€™d rather spend the better part of a full day arranging blocks that I CANâ€™T EVEN TOUCH. This is madness. Thisâ€¦ is Fortresscraft.