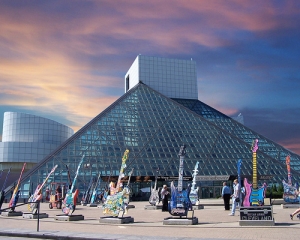 The Rock and Roll Hall of Fame is attempting to make up for past oversights at this yearâ€™s induction ceremony on April 14 by bringing on the backing groups of six first-generation rock stars.

In each case, the backing groups were not admitted into the Hall of Fame at the same time as their frontman, causing some controversy.

The Hall of Fameâ€™s decision not to induct the Miracles with Smokey Robinson in 1987 was specifically contentious since the Hallâ€™s rules ensure an artist is eligible for induction 25 years after their debut album. At the time, Robinson was a solo artist for only 14 years.

â€œThese Inductees are pioneers in the development of the music we call rock and roll,â€ the Rock and Roll Hall of Fameâ€™s president and CEO Joel Peresman said in a statement. â€œAs part of our mission to recognize the most impactful, innovative and influential artists in rock, the committee brought forth these six groups that belong in the Hall of Fame.â€