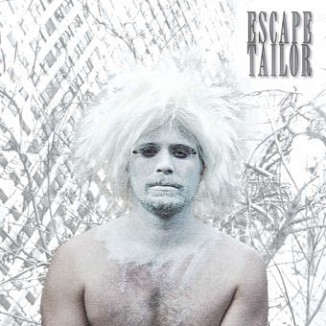 Something about Jeremy Sistoâ€™s deep, raspy voice has always caused us to go a bit wild. Seriouslyâ€”we even called it during our â€œSexiest Man Aliveâ€ nominees. Now, the notable actor (Six Feet Under, Suburgatory) is showing off some smooth singing skills with his alter ego Escape Tailor on their self-titled debut album.

While the album is described as â€œfreak folk,â€ it is missing a bit of each element to be fully deemed as such. Nevertheless, it is a stellar album when staying home alone at night, a mix between melancholy and contentment. Sisto’s voice envelopes you into a buzzing blanket of warmth and compassion. Its laid back vibe, storytelling lyrics, and lucid guitar lull the listener into a sexy state of introspection.

An occasional female vocal, sounds almost as if someone Sisto was thinking, singing, or wishing about was along with him, like a ghost passenger, only soothing the listener more. â€œCold Moon (Two Way Stream)â€ is an enjoyable tune, where the listener really gets to know the groove and grit of Escape Tailorâ€™s music. The piano adds to the sultriness, and it is easy to imagine this song over the speakers at a swanky downtown bar. â€œJust Cuz 3â€ has a refined folksier sound, with a slight infliction in its wording and phrasing, even telling of advice, â€œAnd she can be greedy, but donâ€™t let her take your breath away.â€

â€œSad and In Your Armsâ€ seems like something that’s been rotating on the record player for years, consistent with the album, each disconcerted guitar strum and note sang is clear with a purpose. Emotion is there, but Sisto isnâ€™t over dramatic in portraying his thoughts, crooning, â€œI want you here with me. And on Sundays, too. I ainâ€™t afraid to be sad and in your arms, if thatâ€™s how it has to be.â€

Certain songs do feature a childâ€™s voice in the background, although, it is unknown the relevance. It may be a tribute to his daughter Charlie Ballerina (or indeed, her voice) whom a track is named after; however, on her self-titled track no children’s voices are heard, so there may be no connection at all. â€œFire Fighting Oxygenâ€ has a darker sentiment than the rest of the album, even incorporating string instruments. Sisto finally lets his guard down more, giving a rawness to the honesty he displays throughout the album, singing, â€œIâ€™m still stuck in moments,â€ then creeping into a howl, â€œSomeday youâ€™ll see me the way I want you to.â€ Hopefully, this song is a precursor of future album endeavors.

As Escape Tailorâ€™s debut, the simplicity is appreciated and there are moments of real beauty. Sistoâ€™s father, a jazz musician, may have influenced particular arrangements on the album but it left for an ache of that â€œfreak folkâ€ the description provided. Perhaps, add a harmonica to the folk tunes and more screams for the freak moments. The album cover, a bleached, shirtless Sisto did not exactly exemplify what the songs do. Nevertheless, it is enjoyable and provides curiosity for a haunting live performance.

This article was original published on AllMediaNY.com

While the card was beefy and even angle for the upcoming TLC pay per view was given enough time to...