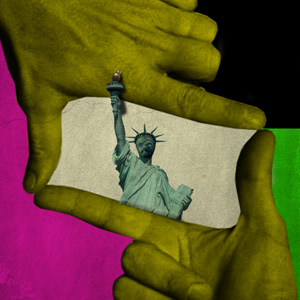 Greetings From Tromaville! We are pleased to announce the first tranche of films officially selected for the 13th Annual TromaDance Film Festival, the only truly independent film festival that is completely FREE! This year the festival received a record number of entries from independent filmmakers all over the world, and thirty-six short films have been selected to screen, with feature films still to be announced. The complete list of selected shorts can be found at http://tromadance.com/makeyourown.php.

TromaDance will be held at Asbury Lanes in historic Asbury Park, New Jersey on May 4th and 5th. All TromaDance screenings are free and with the festival’s “No VIP Policy”, celebrities and fans are treated equally. Unlike mainstream, elitist festivals like Cannes and Sundance, TromaDance does not charge film makers anything to submit their films.

In addition to the highly diverse films, ranging in genre from comedy to experimental, the festival will also host a discussion panel of independent film legends, who will share their wisdom and secrets to success with the audience. Stay tuned for guest and feature film announcements soon!

As is the tradition, part of the TromaDance 2012 budget is funded by fans. This year the festival is being partially crowd-funded through Kickstarter, and the campaign has raised over $5000. Backers received a variety of exclusive rewards, including signed collectible posters, DVDs, original Toxic Crusaders animation cells and even lunch with Lloyd Kaufman!

Founded in 1999 by Lloyd Kaufman (President of Troma Entertainment and Creator of The Toxic Avenger) and inspired by Trey Parker (South Park), whose first film Cannibal: The Musical! was a Troma release, TromaDance enjoyed ten successful years in Park City, Utah. In 2010, TromaDance came home to New Jersey, home of Tromaville and the Toxic Avenger. The response TromaDance received from the people of Asbury Park and the media was overwhelmingly positive. Visit www.tromadance.com for information about TromaDance 2012.