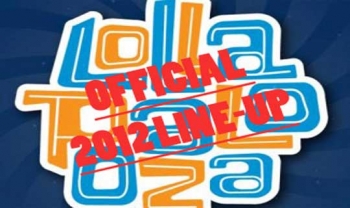 For over 20 years Lollapalooza has celebrated good music and its fans. Taking place August 3 – 5 in Chicagoâ€™s Grant Park, the festival has 115 acres, multiple stages, and more than 130 diverse bands performing.

After much anticipation, Black Sabbath will headline this yearâ€™s event, making it their only scheduled North American reunion gig of 2012. The band was supposed to headline Coachella at one point, but needed to pull out after guitarist Tony Iommi was diagnosed with lymphoma.

â€œEvery festival in the world wanted Black Sabbath to perform, but at the time of the announcement they had to back off and cancel all their shows,â€ Lollapalooza founder Perry Farrell told Rolling Stone. â€œIt broke my heart, but I just kind of kept a little fire building, a little kindling going to see if possibly we could get Black Sabbath. I didnâ€™t have much faith.â€

Adding to the lineup is an array of remarkable bands including the Red Hot Chili Peppers, the Black Keys, and Jack White (whose debut solo album Blunderbuss comes outs April 23). Also performing, the recently reunited At the Drive-In, Fun., Sigur RÃ³s, Gaslight Anthem, the Shins , Bloc Party, Dr. Dog, Walk Off the Earth, Kevin Devine, Florence and the Machine, Justice, Franz Ferdinand, The Weeknd, Santigold, The Sheepdogs, M83, and countless others.

In addition to the stellar music, fans can hit the farmers market, grab some gourmet grub, check out handmade arts and crafts, stop by the autograph tent, and even receive rewards for recycling. There is also a Google Lounge and Playstation Loft set up for those who need a break from the festivities.

â€œWhat you have is three to four generationsâ€”maybe five generations of people, counting Kidsapaloozaâ€”that are all going to a place in peace, to experience music and learn to like and understand and love each other,â€ Farrell explained. â€œAnd this is one place where I can say the generation gap doesnâ€™t exist.â€

This article was originally published on AllMediaNY.com</em>