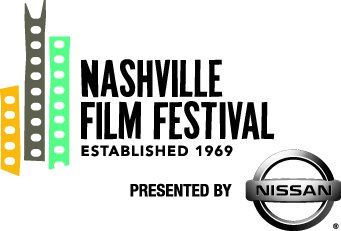 Pinger Takes Post in Preparation for 44th Annual Festival in 2013

Deb Pinger has been named Development Director of Nashville Film Festival (NaFF), it was announced today by the Festivalâ€™s Executive Director, Ted Crockett. Pinger will lead all marketing, communications, and donor-related and efforts.

Pinger has been an account executive at the Tennessean. She moved to Nashville from Cincinnati in 2011 where she was Executive Director of the VIA Institute on Character, national non-profit in the field of positive psychology. At the VIA Institute she led the development of an array of on-line tools used by psychologists and executive coaches which she distributed world-wide. She led the training effort in Australia, Copenhagen, the UK and Canada, as well as the U.S. She also served as executive director of RISE Learning Solutions, a non-profit, television-based distance learning organization that provided training for early childhood and Head Start teachers nation-wide.

â€œI am honored to join the Nashville Film Festival, particularly at this time in the organizationâ€™s history,â€ said Pinger. â€œThe Festival has been a Nashville tradition for 43 years and is poised to make even more significant contributions to our community in coming years as it offers an even more meaningful, year-round series of events. The Festival screens more than 200 films and it brings the directors, actors and producers to town where people who love film can engage with them, directly. This is unique Nashville experience that I am eager to promote.â€

â€œWe are so excited to welcome Deb Pinger to the Nashville Film Festival family,â€ said Ted Crockett, executive director. â€œDeb has significant experience helping non-profitâ€™s grow and although we are entering our 44th year, we have just begun.â€

Nashville Film Festival is a non-profit 501(c)(3) corporation and receives funding from The Academy of Motion Picture Arts & Sciences, Franklin Brooks Philanthropic Fund and William N. Rollins Fund for the Arts of The Community Foundation of Middle Tennessee, Ann & Lance Krafft Charitable Lead Trust, The Memorial Foundation, Nashville Metro Arts Commission, Tennessee Arts Commission, the National Endowment for the Arts and its generous patrons and sponsors. It also ranks among the most prestigious, continually garnering accolades and notice from a wide range of entertainment and trade publications, including the Associated Press, The New York Times, The Wall Street Journal online, MovieMaker Magazine, Film Festival Today, IndieWire, Variety, Billboard, New York and Script Magazine. Since 2004, the Festival has more than doubled its attendance to almost 26,000 and on average screens more than 250 films from 48 nations around the globe each year. www.nashvillefilmfestival.org