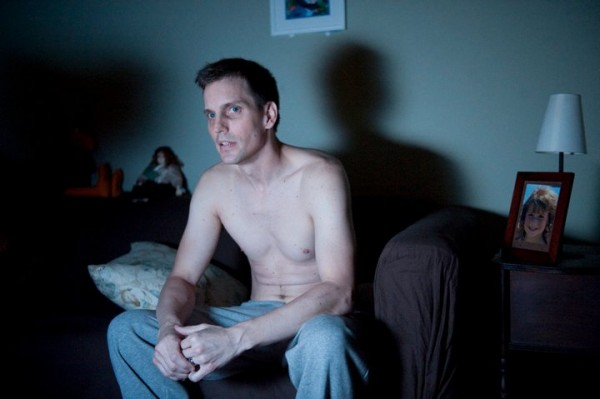 Tom and Dan have come a long way from their fun-filled childhood years and settled into a dull everyday routine. The pair works at a futile 9-5 job in side-by-side cubicles. Tod aimlessly clicks and scrolls at his computer while Dan stares at the clock, anticipating lunch where the two will eat the same meal at the same diner. At the end of the day, Tod returns to his quiet suburban home with his wife and daughter and Dan retreats to his solitary apartment.

In director Eliasâ€™s thriller-suspense film, â€œGut,â€ he explores the long-term effects of tedious repetition on the human mind. Deviating from the slightly neurotic 2006 horror-comedy anthology, Lovecracked! The Movie that he co-directed, Elias delves into the deep realm of human curiosity, following longtime pals Tod (Jason Vail) and Dan (Nicholas Wilder) as they begin a subconscious mission to fill the gaps of their mundane existences.

When Dan finds out that Tod is planning to relocate in search of a fresh life, he makes a swinging attempt to salvage their dwindling relationship. He invites Dan over to view a film he ordered online featuring a woman bound and tied as an anonymous figure cuts open her stomach and gently prods at her innards. Todâ€™s immediate reaction isnâ€™t quite what his friend anticipated. Tod storms out of the apartment with a look of disgust. Not long after, theyâ€™re sitting together on Danâ€™s sofa watching a second silent film featuring the same blue-gloved actor.

What started out as an oddball craving for the repulsive undercover DVDs soon erupts into a serious battle between the friends, as they slowly comprehend just how serious an unhealthy obsession can grow.

For a film that was shot on a shoestring budget, the quality and narrative of the picture is anything but compromised. Elias does a commendable job of depicting the banal life of Tod through its use of cinematography. Repetitive scenes arenâ€™t overkill and accurately portray the two-dimensional lives of the main characters.

The score for the film, created by a longtime friend of the directorâ€™s, Chad Bernhard, co-exists with the cinematography in perfect harmony. Each strum of the guitar compliments the plot of the movie and the notes seem to have been molded specifically to demonstrate the relationship between the two characters and their dilemma.

The friendship between Tod and Dan is executed wonderfully. On the one hand, the majority of their actions are authentic and their connection makes for a persuasive performance. In lieu of their eerie movie-watching habits, nothing about their friendship seemed forced or unrelated to real-world friendships. Their candid conversations and differing personalities do well for the film and make them relatable characters.

While the main characters were authentic and engaging, secondary actors lacked depth. The sketchy dialogue from Lily (Sarah Schoofs) gave off the feeling of a cardboard character and her presence in the film seemed too formulaic. Constantly sexually frustrated, Lily did not exhibit any interests in anything beyond her husband. A simple fleeting scene involving a phone call from a friend would have sufficed; instead, her life revolved entirely around the coming and going of her husband. The only other interaction she engaged in was with Dan, a secondhand friendship that seemed flaky and implausible.

Regardless, the film is a must-see for both gore lovers and suspense fans who crave mystery with substance. The title may insinuate blood and flowing intestines, but this is a bit misleadingâ€”in a methodical, graceful way. The true meat of the story lies in the dark, twisted fantasy of regular 9-5ers who become captivated by an erratic obsession due to uneventful lives. It effectively explores the possibilities on the effects of leading a lethargic life and how a meaningless horror-flick obsession can progress into a lethal battle.

â€œGutâ€ breaks typical Hollywood gore-infested stereotypes by executing a plot with powerful purpose. On a psychological level, the moral of the film is deeper than the gloved hand piercing through the stomach. The ending of the film, though a tad abrupt, leaves the viewer with a strange feeling of vertigo combined with a â€œCan this really happen?â€ aftershock.