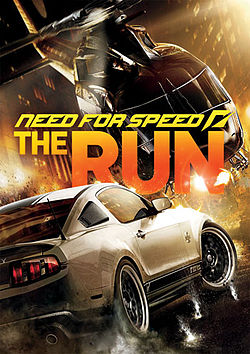 EA does not disappoint with â€œNeed For Speed: The Run,â€ giving gamers an experience more equivocal to sitting in the drivers seat than sitting on their couch. It lets you pick your poison. Dodge Charger. Ford Mustang. Lamborghini Gallardo. Or to the less car savvy gamers, pick one of several super cars as your weapon in a high-speed race across the nation.

â€œNeed For Speed: The Runâ€ gives gamers an action packed experience. The story mode allows you to race across America, from Golden State to New York City in hopes of winning a tournament for a 25 million dollar prize. Not only is it a race but itâ€™s a battle for your life. While playing as the main character, Jack, you are constantly trying to avoid the cops and the mob.

During the rare dialogue scenes, NFS gives a movie like feel as the characters interact. The dialogue is short and to the point, with no deviation from traditional conversation in any other adventure game. However, the graphics and gameplay does not disappoint. The cars are exact replicas of the real life model and the driving feels similar to if you was driving a real car at those speeds. Each car handles differently giving each car its own unique feel.

In addition to realistic looking cars, the scenery and maps are comparable to the regions that they are set. Racing in San Francisco will have you speeding down the street ducking oncoming traffic while trying to avoid rear-ending a trolley. Racing in New York City will have you smelling the finish line while smelling the food from street vendors the city right before you plunge into a subway station shortcut. Maps also contain geographic authenticity. Major cities feature a lot of highway driving, maps in the mountains feature a lot of wet, snowy atmospheres, desert areas feature a lot of open road and similarly so does Midwest maps.

Itâ€™s hard to get bored playing this edition of NFS due to the various game modes and constantly changing objectives. One race could be gaining ground on the race where another race could be a race against the clock. It’s never the same kind of race twice so its always something different. Also with varying race lengths, it keeps players awake in the driver’s seat so they will not go into cruise control. Multiple difficulty levels plus an online mode keeps the game challenging for the die-hard racer.