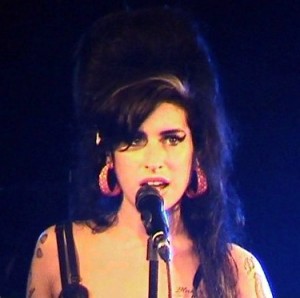 The gala is set to recognize people who have helped â€œinspire greatness in others,â€ the foundation said. The Amy Winehouse Foundation is a nonprofit organization created by Winehouseâ€™s parents, Mitch and Janis, after her untimely death at 27 years old in July of last year.

One of this yearâ€™s award recipients will be singer Tony Bennett, who released the song â€œBody & Soulâ€ as a duet with Winehouse on his Duets II album. The single was the last song that Winehouse recorded before she died, and Bennett donated part of the proceeds from the release to the Amy Winehouse Foundation to help support music programs.

At the time of Winehouseâ€™s death, Bennett called her â€œan extraordinary musician with a rare intuition as a vocalist,â€ according to Spinner.

â€œWe feel that if you put a musical instrument in somebodyâ€™s hand, theyâ€™re never going to put a gun in their hands,â€ Mitch Winehouse has said.

The Amy Winehouse Inspiration Awards will take place at the Grand Ballroom of the Waldorf Astoria on October 11.