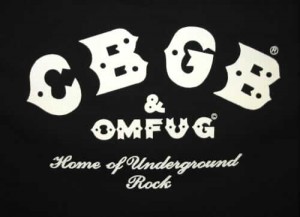 To take on a movie about the legendary punk club CBGB, it must be a difficult casting call to decide who portrays so many iconic musicians and influential people.

While Alan Rickman was announced early on as CBGB founder, Hilly Kristal, a whole slew of actors are now set with roles and there are some interesting choices.

Some major players in the CBGB cast include Mickey Summer (The Bordias) as the androgynous, â€œGodmother of Punkâ€ Patti Smith, Joel David Moore (Avatar) as frontman Joey Ramone, and the Foo Fightersâ€™ drummer Taylor Hawkins as punk legend Iggy Pop.

This is Hawkins first significant acting role, and he most likely was casted for his resemblance to the Stooges rocker in his prime.

Jody Savin, co-writer and one of the filmâ€™s producers, described the importance of the venue and its history to Billboard in 2011, â€œIt was an old-fashioned salon in an awful part of New York where people could fail while they worked to find their voice,â€ adding how Kristal â€œprovided a voice to the disenfranchised. It’s a heroic and flawed story.â€

No word yet if and who will get casted as Television frontman Tom Verlaine or the Talking Heads frontman David Byrne, two other musical pioneers to emerge from the club. No doubt, however, some other eccentric characters and actors will be announced soon.

This article originally appeared on AllMediaNy.com