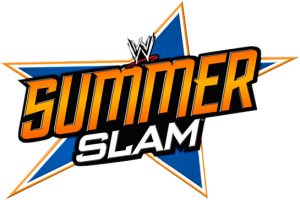 The end of summer is quickly approaching.

While the lineup on the card matches the excitement of a day at the pool, the storylines used to get us there have gone over more like a melted ice-cream cone.
In other words, itâ€™s a mess.

With a great show though, that can be forgiven. With five titles on the line and some huge matchups, this could be the best show of 2012. Itâ€™s a shame that this show doesnâ€™t feel as big as it should.

Hereâ€™s a look at whatâ€™s in store:

(Pre-Show) United States Championship- Santino Marella (Champion) vs. Antonio Cesaro: Cesaro has been pushed as of late and has an impressive record. Santino was as over as could be after an impressive performance in the Elimination Chamber match earlier in the year. Since then, heâ€™s cooled down plenty. All signs should point to a Cesaro win, but hopefully, Creative will let these two guys go for at least five minutes.

Tag Team Championships- Kofi Kingston/R-Truth vs. The Prime Time Players: WWEâ€™s tag team division is literally these two teams, plus Primo/Epico. Itâ€™s a joke. Prime Time players have been on that wave of momentum since they won the Title Shot over Primo/Epico, even if their Manager, A.W., was released this past week. Who knows now what could come of this push. Prime Time Players need a mouthpiece though. Their act is empty without it. Titus Oâ€™Nealâ€™s barks will just not suffice. This should be a good match, but WWE needs to assemble some more teams pronto before the scene really gets stale.

Intercontinental Championship- The Miz (Champion) vs. Rey Mysterio: Seemingly a match just thrown together towards the end, the decision is a good one. You know these two will deliver in the ring one way or another. These two squared off most recently on Smackdown and this should be more of the same, with some more possible time.

Daniel Bryan vs. Kane: Bryanâ€™s recent character transition was a simple as going from â€œYesâ€ to â€œNo.â€ Heâ€™s taken the ball and run with it. His antics have been hilarious. Bryan should be a part of the WWE Championship match, but instead has been saddled with Kane. Look for more entertainment than athleticism here. WWE probably has long-term plans for Bryan and this is a holding pattern if nothing else.

Chris Jericho vs. Dolph Ziggler: This is the show-stealer right here. Ever since Ziggler mentioned to Jericho that he â€œlost his touchâ€ and â€œcanâ€™t win the big one,â€ a fire has been lit inside Jericho as heâ€™s rediscovered his â€œY2Jâ€ persona. If anyone on the roster could put Ziggler over to the next level, itâ€™s Jericho. This is the one match on the show where the storylines have been best handled. Coincidentally, itâ€™s also been the most simple: itâ€™s simply been a game of wits, back and forth every week. This brilliantly-crafted feud should have one hell of a payoff come Summerslam.

World Heavyweight Championship- Sheamus (Champion) vs. Alberto Del Rio: Creative has milked all they could out of the cow that is this feud. This feud was passable until the ridiculous idea that Sheamus, the babyface Champion, should steal Del Rioâ€™s car. Sheamus is not Eddie Guerrero. His character shouldnâ€™t endorse stealing. Then came along the asinine decision to cancel the match a week before Summerslam. The last go-home show for Smackdown started with no idea of what the main event for that brandâ€™s Championship was. The match was put back on anyway. Was there any point to that? Hopefully this ho-hum feud comes to an end at Summerslam. Sheamus needs new contenders.

Triple H vs. Brock Lesnar: WWE has focused plenty of attention on this feud from the very segment where Lesnar broke Triple Hâ€™s arm. Since then, Paul Heyman, Stephanie McMahon and Shawn Michaels have entered the mix. This should be more of a brawl than anything else, but thatâ€™s what itâ€™s meant to be. It wonâ€™t be pretty, but it should be damn entertaining. Thatâ€™s what counts.

WWE Championship- C.M. Punk (Champion) vs. John Cena vs. The Big Show: Itâ€™s all about â€œrespect.â€ Punk has been Champion since Survivor Series and has defeated challengers among the likes of Alberto Del Rio, Daniel Bryan, Chris Jericho and Kane. Punkâ€™s attitude became more self-centered upon Raw 1000, when he attacked The Rock after Rock announced that he would challenge the WWE Champion at Royal Rumble. Punk has shouted about being disrespected from everybody, but seems more like a tweener than a full-fledged heel. Punk and Cenaâ€™s differences have been brilliantly played upon though as of late. Big Show seems to just be thrown in the mix, but he should pose no threat to the Title. This match should provide more direction for Punkâ€™s character, but he should still have the title by Royal Rumble as a feud with The Rock is inevitable. As long as that happens, things should be fine.