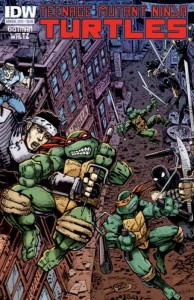 Plot advisor for the IDW TMNT series, Eastman also discusses how that series compares to the original.

Eastman will also be appearing at the New Orleans Comic Con on Nov. 30- Dec 2. ClickÂ HereÂ for more details.