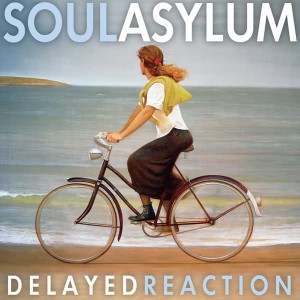 2012 seems to be the year of reunions. This year, dozens of nearly forgotten bands across every genre decided to dust off their instruments and hit the olâ€™ stage again, whether it be for money, nostalgia value, or simply for the fans. Some, such as Van Halen and more recently Soundgarden, have been commercially successful. Others flew under the radar, which is the case of Soul Asylumâ€™s latest effort, â€œDelayed Reaction.” A shame, since it is easily one of the best albums of the year.

â€œDelayed Reactionâ€ essentially turns your CD player into a time machine. The first track â€œGravityâ€ immediately sends waves of 90â€™s nostalgia through your body, and you start reminiscing about the times before iPods, cell phones, and dubstep. As the album progresses you also take note of its versatility. From the low key, lounge-like feel of â€œCruel Intentions,â€ to the infectious mid-tempo singalong â€œThe Streets,â€ to the sickly-sweet high energy â€œLetâ€™s All Kill Each Other,â€ every track brings with it a brand new flavor as well as a feeling of familiarity.

â€œDelayed Reactionâ€ is a fitting title, as it feels like something that was recorded in â€™92 and put on a shelf for 20 years. Some may call it dated, but like it or not, itâ€™s a solid release with catchy songs, no frills, and no apologies. This album is a pair of ripped Leviâ€™s and a flannel shirt that hasnâ€™t been washed since the Clinton administration. Simply, itâ€™s everything you loved about 90â€™s grungepop with the studio quality and production values of today.

From start to finish, Soul Asylum reminds their audience that real music with substance and purpose still exists, as long as you know where to look. So grab a bottle of crazy horse, light up a Marlboro red, and trade in Minaj and Bieber for some good old-fashioned rock and roll.